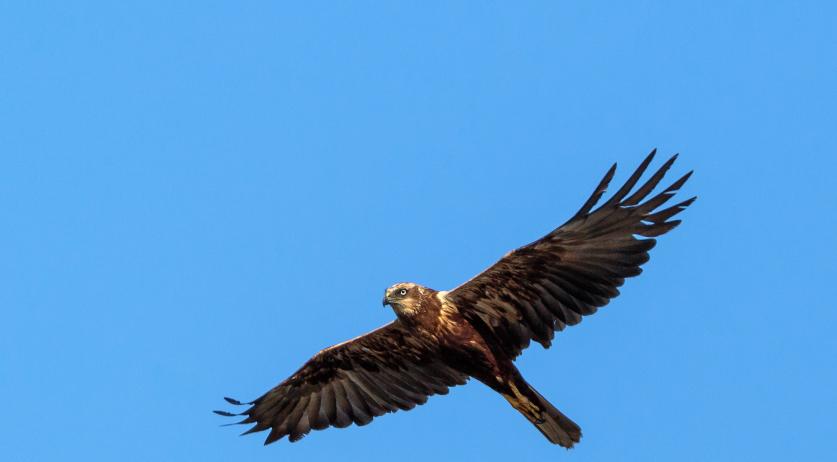 An aggressive buzzard was the subject of a warning from authorities in Emmen who cautioned joggers and those out for a stroll to keep an eye open for the fearsome raptor. Several people in the city have said they had close calls with the bird, which could be protecting baby chicks in a nearby nest, regional newspaper Dagblad van het Noorden reported.

Birds of prey might interpret joggers, bicyclists and walkers as a threat, leading it to buzz the heads of the people it sees. The attacks are mostly frightening but harmless, though the birds can get too close and cause injury.

The near-misses led local media outlets to refer to the Emmen raptor as the "Terror Buzzard".

Incidents have been reported along Sluisvierweg and the Oranjekanaal just outside Emmen by multiple people. The local council advised its residents to maintain eye contact with the bird and wear sunglasses or a hat when visiting the area to prevent a potential attack.

The authorities of Emmen, Drenthe's most populous municipality, have warned joggers and other residents against an aggressive buzzard after several people reported incidents in which the bird showed aggressive and atypical behavior, local

In similar incidents that happened in 2015 and 2016, an owl terrorized residents of Noord-Holland city Purmerend for weeks, injuring several people including a newspaper deliverer and an athlete. The province had to issue an exemption to the municipality to catch and relocate the owl.