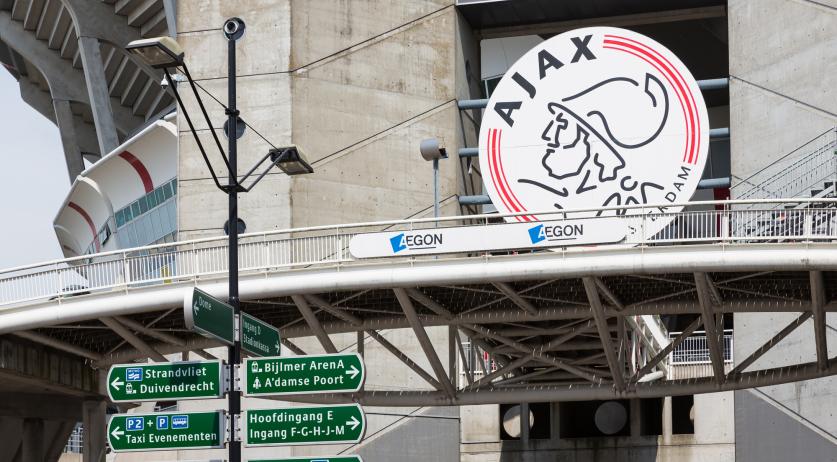 Ajax currently is not expected to join the newly formed Super League, a competition set up as a Champions League counterpart by 12 clubs from England, Spain and Italy. The secretary-general of the KNVB, Gijs de Jong, said the club has not approached the Dutch football association to even suggest it will enter the new league, AD reported.

“Until now I have no signals that Ajax is interested,” said De Jong, who is also a strong opponent of forming a new closed league. He spoke to the newspaper while in the Swiss city Montreaux where UEFA officials are supposed to meet on Monday to discuss the proposed reforms of the Champions League, UEFA’s highest level of European club competition.

"We think it is too premature to respond", a spokesperson for Ajax told Nu.nl. "There are still too many loose ends for us to take a stand now."

"Super League is not in the interest of Dutch football," De Jong added. "But as the world develops, people will also look at their chances again. That is why it is such a shame; The proposal of the Super League actually thwarts solidarity in Europe."

On Sunday, the twelve top clubs from three countries presented a plan to establish the Super League, which has already been rumored for some time. The Super League would be an exclusive tournament in which these clubs would be assured of participation every year regardless of their performance in their own country and should result in a greater amount of revenue for them. Champions League shares all revenue among all participating clubs, with participation determined annually based on league and tournament performance.

The European football association UEFA slammed the newly proposed plan and threatened to take legal action against clubs who started the initiative.

"We will use all available means, both judicial and sports, to prevent a Super League. The clubs involved will be banned from national, European and global competitions. It may also make it impossible for the players to play for the national team", UEFA stated.

"We call on all football fans and politicians to support us in the fight against these types of projects.", Dutch Cup KNVB also said in their statement.

"Super League is not in the interest of Dutch football,"the KNVB secretary-general said.