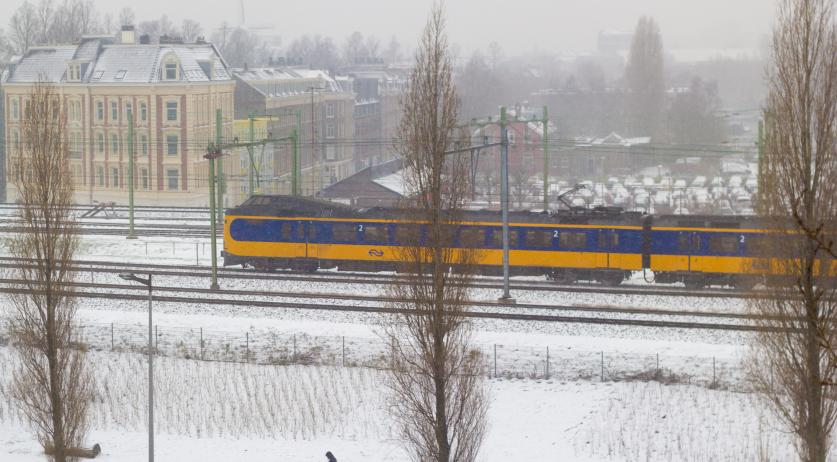 The Netherlands is still freezing cold on Wednesday and the winter weather is still affecting various forms of traffic. A code yellow warning for icy roads is in place for the entire country. Rail company NS is still running fewer trains.

Meteorological institute KNMI warns motorists that the roads could be icy and slippery due to leftover snow and wet areas freezing. "All traffic participants may be hindered. Adjust your driving behavior. Follow weather reports and warnings," the institute said. The icy road warning will be in effect until at least the end of Thursday.

The KNMI also issued a code yellow warning for extreme cold in the provinces of Noord-Brabant and Limburg. There temperatures could drop to -15 degrees Celsius in the morning. It should warm up somewhat by late morning. Locals are warned to watch out for hypothermia and cold injury by not staying outside too long and wearing layered clothing. "Pay extra care and attention to the vulnerable people in your environment," the KNMI said.

Rail company NS is still running on an adjusted schedule on Wednesday, running mostly sprinters, with intercity trains only on a few routes. The company warns travelers to plan their trips shortly before departure and make sure they have the current travel information.

While NS is still on an adjusted schedule, more and more trains are running. On Sunday, train traffic was at a complete halt. On Monday, only a handful of trains were running. And on Tuesday, the rail company only ran sprinters.

Regional transporters like Arriva, Connexxion and Keolis are running as normal on many routes, though some routes were adjusted to ensure safety.