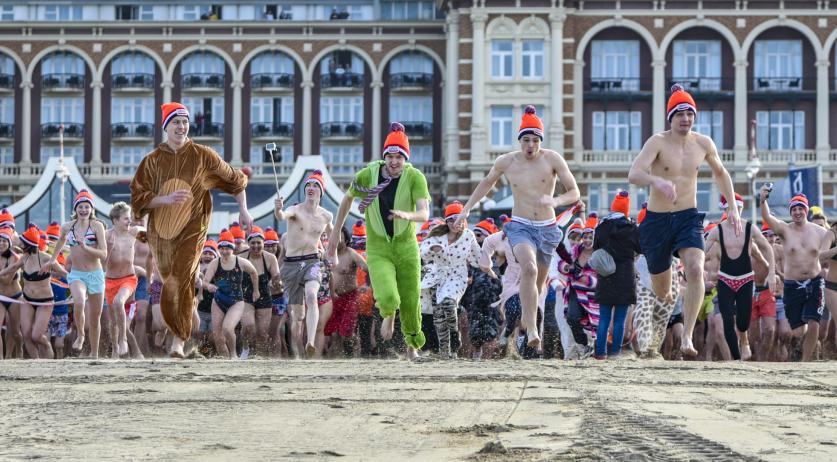 The traditional New Year’s Day dive into the North Sea at Scheveningen Beach will not take place in 2021, organizers announced on Tuesday. As an alternative, they have teamed up with the event’s sponsor, sausage and soup brand Unox, to give sell tins of North Sea salt water so people can simulate the dive in their own homes.

For every 800 milliliter can of sea water sent by Unox to people’s homes in the free promotion, the Unilever brand said it would donate two portions of erwtensoep, a thick pea soup, to the national food bank. “Because if you can’t come to the sea, then the sea will just come to you,” the company said in its promotional campaign.

Organizers said they waited until the last possible minute to cancel the New Year’s Dive in the hope that the coronavirus pandemic would subside and they could figure out a way to safely host the event. “We kept all options open to make that traditional splash in the water, but unfortunately it didn’t work out,” said Alex Schuttert on Radio West. It was expected but still disappointing, he added.

“We have been doing this for a long time, and for a lot of people it is a fresh start to the year. It is a shame that it cannot proceed, but that’s just the way it is.”

Schuttert and a Unox spokesperson said they hoped that people would purchase the cans of sea water, collected from the Scheveningen harbor, and pour it over themselves while on their balconies or in their showers.