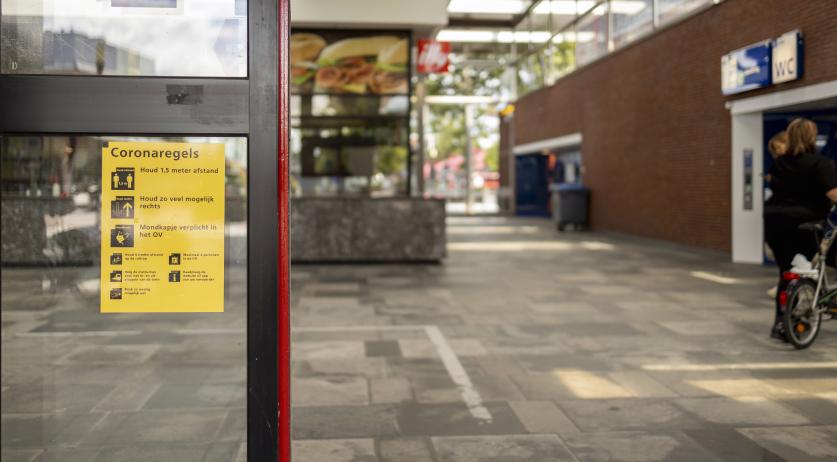 Covid cases down 6.7% vs. last week, Rutte: "not the figures we want to be seeing"

A total of 34,544 people were tested positive for SARS-CoV-2 this week. The cumulative number of infections last week was 37,020. This week’s number thus reflect a 6.7 percent decrease, a drop that is not significant enough. This was a concern also expressed by Prime Minister Mark Rutte in his weekly press conference.

On Friday, he said that the numbers are not going down fast enough. “In itself, if you look at the whole thing, at those fluctuations, then it’s just not going down as one would like. These are not the kind of figures we want to be seeing.”

These fluctuating numbers are still too much of a burden for the healthcare system and create concerns for a potential reopening of society before Christmas. As the director of the public health office RIVM, Jaap van Dissel, said, “if you celebrate Christmas together, it can be a catalyst for further spread.”

The three cities with the highest number of infections were Rotterdam (312), Amsterdam (289), and Eindhoven (101). These were also the same cities that saw alarming numbers of shoppers over the Black Friday weekend. In Rotterdam, infections went up 66 percent compared to Saturday. In Amsterdam, this number was 19 percent. In Eindhoven, the rate of new coronavirus cases increased by 146 percent compared to Saturday.

On Sunday, the RIVM reported that 25 people died from Covid-19, a 58 percent decrease compared to Saturday and a 19 percent increase compared to the same time last week. The average number of daily deaths in the past week was 66.

Hospitals reported a further decrease in Covid patients on Sunday. The total number of patients being treated in hospitals was 1,700, down eleven compared to Saturday. Of these patients, 1,194 were in regular care units, and 506 were in intensive care units. The number of new patients admitted to the hospital on Sunday includes 112 in regular care facilities and 18 in IC units.

This week’s number of Covid-19 patients shows a decrease of 12 percent compared to the same time last week. Following this rate, the number of hospitalized patients should fall below the 1,500 next week.

To date, hospitals have treated 24,796 Covid-19 patients in regular care facilities and 5,484 in intensive care, reports nonprofit organization NICE. An estimated 4,837 patients have died while in hospital.