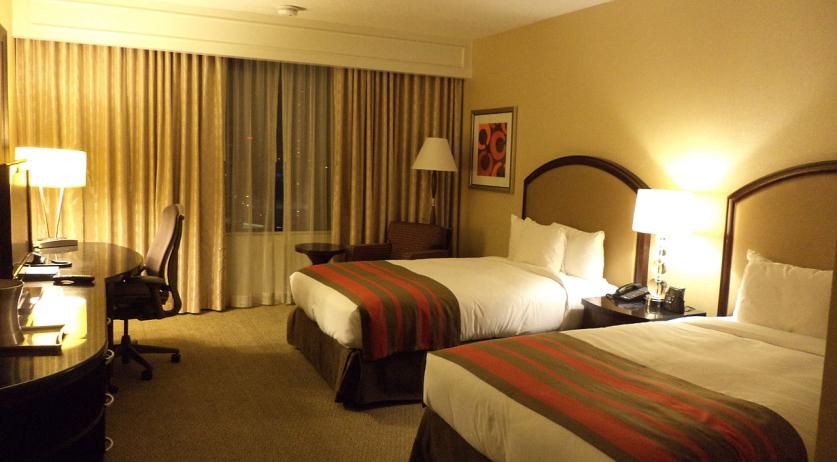 Young people in Amsterdam are increasingly booking hotel rooms, now that the coronavirus closed bars and forced hotels to offer discounts in an attempt to fill empty rooms. These teenagers and their parties also regularly caused nuisance in Amsterdam hotels over the past weeks, Het Parool reports after speaking to a number of hotels and the police.

"Normally there guys go and sit together in a tent, but that is not possible now," a spokesperson for the police said to the newspaper. "Home is also not an option, because their parents are there. So they turn to hotels." The spokesperson could not say exactly how many incidents there were over the past weeks.

The Van der Valk Hotel Amsterdam Amstel in Amsterdam Oost confirmed the phenomenon. "We are constantly dealing with partying young people," manager Thymen Simons said to the newspaper. "We see that the number of young people in all hotels has increased, now that hotel rooms have become more affordable." If everyone puts down 10 euros, they quickly have enough together for a room, he said.

"The people who would normally hang out in the park are now trying to do the same in hotels. That is a nuisance. But of course we cannot refuse based on appearance. So we have taken strict measures," Simons said. The hotel banned the use of laughing gas and drugs, and smoking in its rooms. "We explain that upon  arrival. If we find out, they will be immediately evicted from the hotel. It happens several times a week that we evict guests."

The Ibis Budget Zuid hotel also noticed an increase in young people. "We receive daily calls from young people who want to book a hotel room," operations manager Nick Ivanov said to Parool. "But we scare them off with our conditions. With us you must have a credit card for a deposit and we check the dates of birth of all present. When we tell that on the phone, the young people hang up."