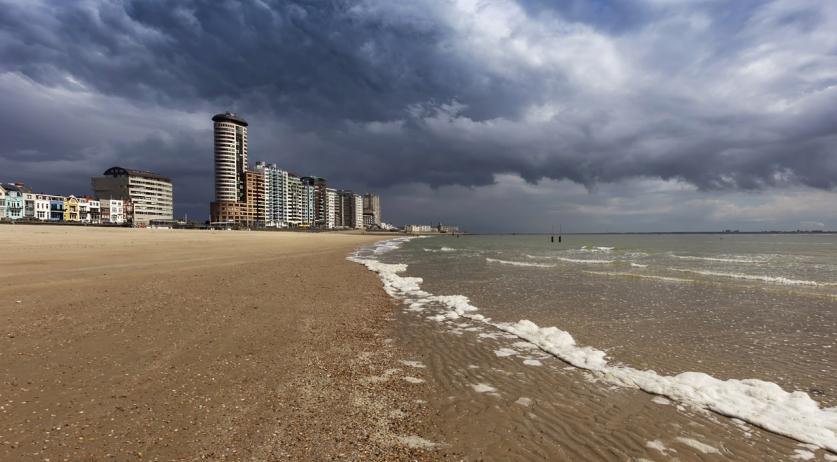 A storm warning covering the entire Netherlands was set to take effect at about 3 p.m. on Sunday. Meteorological agency KNMI issued a code yellow weather warning for thunderstorms with a chance of wind gusts reaching up to 70 kilometers per hour.

A chance of hail was also possible during the storms. The code yellow alert was initially set to expire at 11 p.m. in the southern half of the country, and at midnight in the northern half.

With many expected to visit swimming areas and parks during the otherwise hot and muggy day, the KNMI warned that before storms arrive people should “avoid open water and open spaces.”

Those in the northern Netherlands were predicted to have more cloud cover during the morning and early afternoon, while more sunshine was expected in the south. High temperatures could range from 26 degrees Celsius in the Wadden Islands to 31 or 32 degrees in Gelderland and Limburg.

The winds will enter in from the east throughout the day, and could be more variable during the storms, shifting to a more gentle southerly breeze at night. A chance of showers was also possible in Noord-Holland, Zeeland, Friesland and Groningen on Monday morning, with high temperatures ranging from 24 to 27 degrees Celsius.