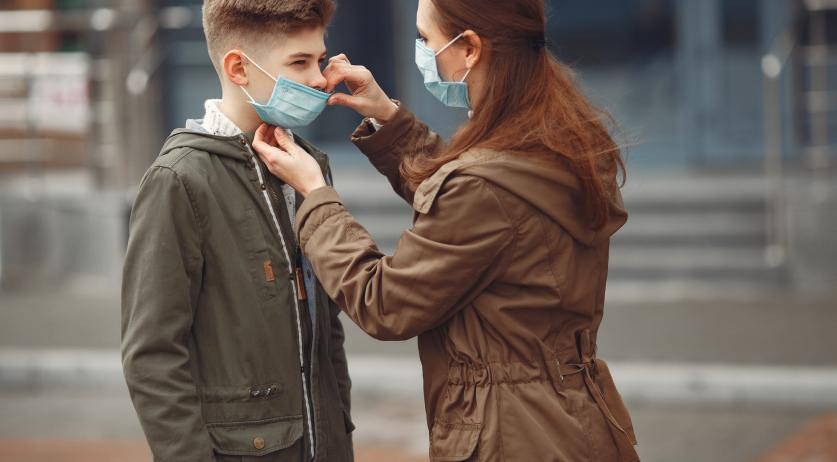 The Cabinet of the Netherlands will not make wearing masks in public mandatory across the country as a way of fighting the spread of the SARS-CoV-2 coronavirus, but it will introduce new measures designed to influence public behavior, said Medical Care Minister Tamara van Ark at a press conference on Wednesday. During the meeting she did not offer any specifics about the Cabinet's plans. Locally, different rules could be implemented experimentally by the country's 25 different regional security councils.

Jaap van Dissel, head of public health agency RIVM, said there was no reason to introduce a face mask obligation nationally. "The evidence to do that is simply missing," he said at the press event. He repeated his earlier opinion that face masks have an "extraordinarily small effect" in stopping the spread of the infection.

Wednesday's press conference was held a day after the RIVM said that last week there were over 1,300 new infections of the virus responsible for respiratory illness Covid-19. This was nearly triple the amount in the first week of July, and the most in a single week since mid-June. Van Ark stressed that the most important advice that the public needs to follow is the recommendation that people do not come within 1.5 meters of each other. She said it seemed the willingness of people to continue to do that was lacking, opening the door to new government measures.

"We all want the same thing. We all want to curb the virus. That is of the utmost importance," she said. She stated that while the first wave of the coronavirus pandemic struck the country hard, preventing a second wave should be possible at a local level. "And the approach for this must be different in one region than in another.”

The Security Council as a whole also said that it wanted more ability to put holiday makers in a mandatory quarantine when they return from an area where the coronavirus is more prevalent. Currently, people are given a strong advice to self isolate for two weeks, and the Cabinet will examine if this policy can be strengthened.

The different Security Regions may implement their own face masks obligations should they deem it necessary, said Hubert Bruls. He serves both as the Mayor of Nijmegen and the chair of the Security Council, which represents the Security Regions. “The most important thing is that we can act as regions," Bruls said at the press conference.

"But that there is no national approach now, does not mean that it never happens,” he said after discussing the Outbreak Management Team's advice on wearing masks with the other mayors that head the Netherlands' 25 Security Regions. Compulsory face masks was a divisive issue at the meeting.

The Outbreak Management Team concluded that while wearing masks reduce the spread of coronavirus carrying droplets, their effect has no added value if people stick to social distancing rules and stay 1.5 meters apart. Wearing a mask is therefore only necessary in places where social distancing is impossible.

"It makes no sense. It does not work," said Antoin Scholten, the Mayor of Venlo and leader of the Noord-Limburg Security Region, according to the Telegraaf. He also had the backing of Maastricht Mayor Annemarie Penn-te Strake, the newspaper said.

Rotterdam and Amsterdam both suggested they have plans to start experimenting with making masks mandatory in crowded areas, sources said to newspaper AD. The mayors of the two biggest Dutch cities already called on the government to make wearing masks mandatory in crowded places, among other things. But as the government isn't taking national measures, Rotterdam at least is looking into what it can do as municipality under the current emergency regulations.

Middelburg in Zeeland is also concerned about increasing crowds, and the municipality is taking extra measures to make sure that everyone is adhering to the coronavirus measures. City officials will therefore take to the streets with enforcement officers, to check with local businesses what can be done better so that social distancing can be better maintained, Omroep Zeeland reports. A town crier will also be deployed to the shopping district on Thursday, to remind people to keep their distance.

Veligheidsregio Zeeland told ANP that it will not implement an individual face masks obligation. Only if there is a national order, will Zeeland go along with it.