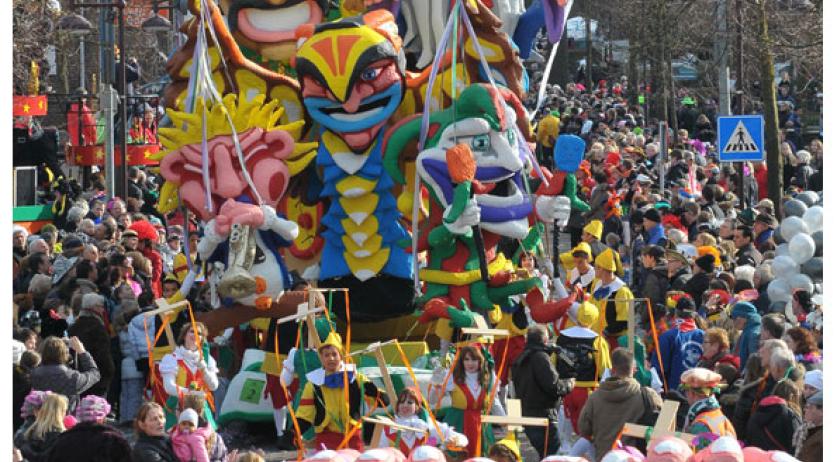 Some 2021 Carnival festivities cancelled, others up in the air due to coronavirus

Activities for next year’s Carnival celebrations have become uncertain after the said festivities last February 2021 turned out to be a super spreader for the coronavirus, notably in the province of Noord-Brabant where the annual parties are widely celebrated. Several cities have already planned to drop their events for next year, including Hoensbroek, Lieshout, and Sittard, according to a report on Saturday in newspaper AD.

"As the situation is now, you wouldn't want big events where people are close together. Wherever they allow it, like in America, it goes wrong." Small outbreaks are still very possible, said microbiologist Jan Kluytmans, who helped advise the government as part of the Outbreak Management Team.

Preparations for the largest four-day festival in the Netherlands will likely include new restrictions that may turn off both attendees and performers. Jos Hessels is the mayor of Echt-Susteren, Limburg, and also the Chair of the Union of Carnival Associations. He told the paper that significant restrictions are being prepared for the event. "Will Carnival be cancelled altogether? You can't cancel Carnival. That will always exist, just like Christmas and Easter. But it won't be like what we're used to," Hessels said.

Only three times before has the annual event been scrapped outright: During World War I then World War II, and also following the disastrous floods in 1953.

Added Rob van de Laar of the Brabant Carnival Federation: "We hope for the creativity and inventiveness of carnival celebrants to make it another celebration on a small scale. In any case, it will be an unforgettable Carnival. I do not see parades and big events going on at the moment. That can always change if there is a vaccine. The latter is not considered plausible before February 2021”.

He also suggested the possibility of only creating parties for children, to continue the festive feeling, while encouraging the elderly to try to recreate the party vibe at home.

Economic concerns are also in the minds of many politicians, like Breda Mayor Paul Depla, who told AD he did not want to make a decision too hastily. "Last February we could not think of what we have experienced now. If you take radical measures too quickly, you miss a nice party and an important economic impulse," he said.

The hospitality industry, as shown in Brabant which has already been affected severely by the coronavirus crisis, said that cancelling the Carnival next year would have disastrous results. This was voiced by Johan de Vos, café boss and spokesperson of catering association KHN in Breda. Last year Statistics Netherlands reported that 270 million euros was the estimated turnover of the Carnival. "Carnival 2021 is vitally important to us", De Vos said.

Because of the conflicting viewpoints, Hessels and Van de Laar both pleaded for regional municipalities to coordinate on rules and restrictions, saying it could pose very difficult problems if something allowed in once city is forbidden in a neighboring city. They asked the Carnival organizers to work together to prevent further confusion down the road.

He added at that the event is more than just an important part of cultural heritage. "That urge to celebrate something is in our blood. It's more than drinking beer. It's culture, creativity, togetherness. Carnival cars worked on for months by young and old, that creates a bond for life."