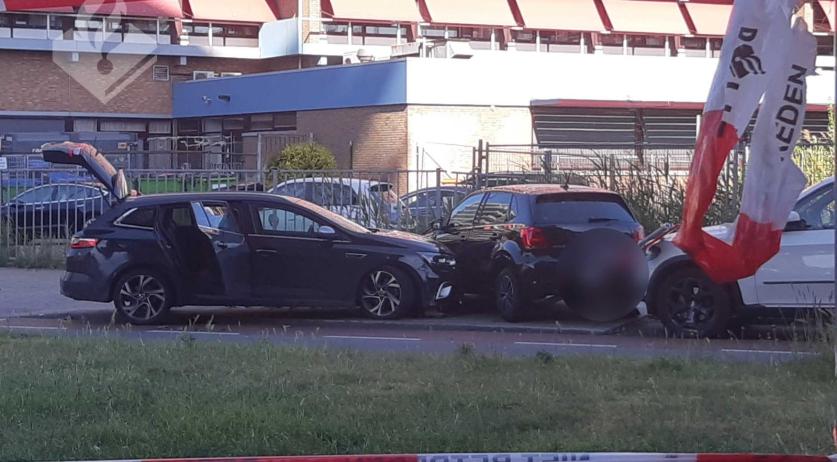 An early morning shooting in Rotterdam left one man dead in front of a home there. Two people were seen fleeing the scene of the crime, and police said they were captured by authorities a short time later.

It happened just before 7:10 a.m. on Bramentuin in Rotterdam-IJsselmonde, where the gunshot victim succumbed to his injuries. The man died at the scene despite efforts from first responders to resuscitate him.

Witnesses told police they saw a gold-colored transit van drive off from the shooting. The shooting sparked a pursuit involving about ten police vehicles, a witness told Rijnmond. Police believe the suspects switched to another car as part of their getaway attempt, which was spotted by officers on Vaanweg. The chase ended with a car crash on Dordtsestraatweg, over five kilometers away from the initial crime scene.

“The men were still trying to get away, but six police officers approached them with weapons drawn,” a witness told the broadcaster. Police confirmed a statement that a warning shot was fired before the suspects were arrested.

The victim was a 30-year-old resident who was shot in front of his home, police confirmed. Neighbors told local Rijnmond he was shot in the head. They said it looked like he was leaving for work when the shooting happened.

Records show several paramedics were dispatched on the ground as well as an air ambulance. “An investigation is in full swing,” police said in a statement.