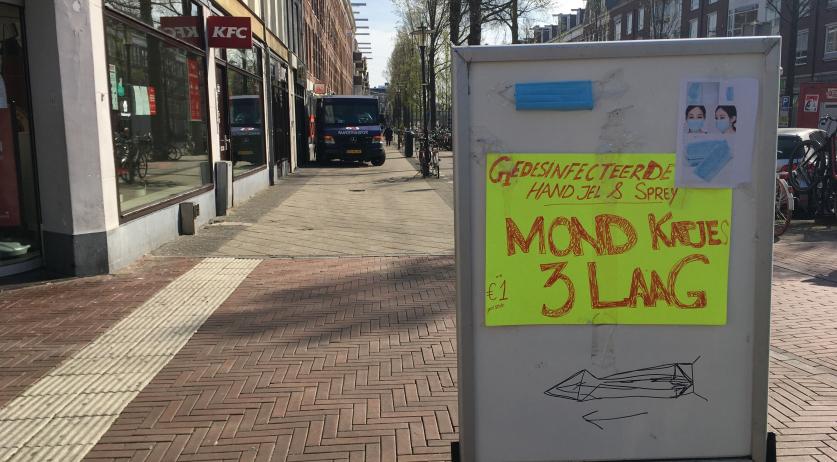 A total of 4,054 people who have tested positive with coronavirus in the Netherlands has died since the end of February. At least 10,021 have required hospitalization, said public health agency RIVM on Wednesday. Nearly 181 thousand have been tested for the virus, with 34,842 tests showing a positive result.

So far, the RIVM said it knew of 50 people with coronavirus who were admitted to a hospital on Tuesday. Reported hospitalizations of patients with coronavirus has continuously declined since March 24, when 560 people were admitted to a hospital in a single day. The RIVM on Wednesday reported a total of 124 new known hospitalizations, with those admissions taking place between March 15 and the morning of Wednesday, April 22.

At least 43 more people who tested positive for coronavirus died on Tuesday, including a former parliamentarian. While more data is still expected to come in which would raise that figure, it will likely remain the at a level not seen since mid-March. Most of the 138 new deaths revealed by health agency RIVM on Wednesday took place in the preceding two days. The rest took place throughout April and on March 31.

The known available data shows that the peak on deaths for patients with coronavirus took place on April 2, when 167 people died. Two days earlier, 166 had passed away. Data submitted to the RIVM is continuously updated, making fluctuations likely. Though the number of fatalities registered on those two dates have increased by over 11 percent since a report released on April 6, they have both remained at the apex of the grim curve as the health agency's data was updated.

Former SGP parliamentarian Koos van den Berg (77) was one of those who succumbed to Covid-19 on Tuesday, according to Reformatorisch Dagblad. Van den Berg was a parliamentarian from 1986 to 2002.He was an advocate for the right of the parliament president to remove inappropriate language by MPs from the Acts, the verbatim account of debates. In 1993, he got majority support for this motion, but this right was scrapped during a revision of the Rules of Order in 2001.

On Tuesday evening, Prime Minister Mark Rutte extended most of the social distancing measures in place to curb the spread of the coronavirus until May 20. Though primary schools and day care centers will be allowed to reopen on May 11th. All events that require a permit are banned until September 1st. This affects nearly 12 thousand events, including Sail Amsterdam. The next Sail Amsterdam edition will only be in 2025, the organizers announced on Wednesday.