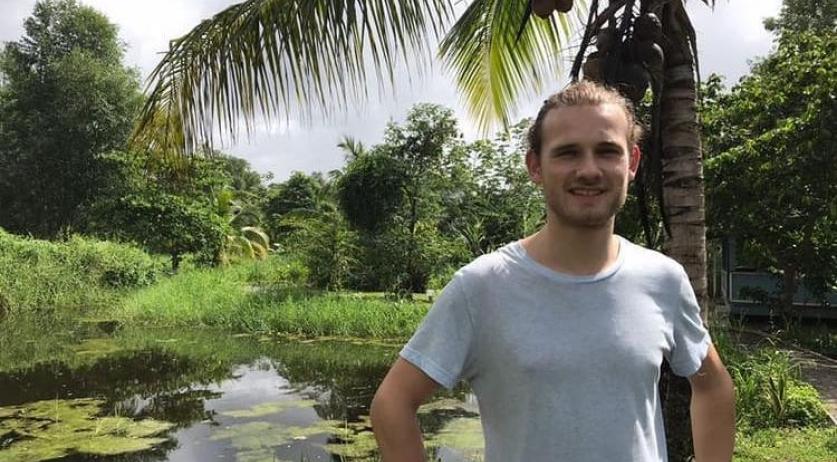 Dutch backpacker still missing in Georgia after over five days

Several days after a Dutch man went missing in the eastern European country of Georgia, family, friends, and locals are trying to keep hope alive that he will be found safe and sound. Siem Wigger, 23, disappeared on Saturday in Kutaisi, the country's second largest city.

Even after days of searching by local authorities and Wigger's loved ones there was still no trace of the young man. "We're there for each other. That's all we can do," said Rik Steggink, one of Wigger's travel companions on their backpacking trip through eastern Europe.

Wigger had been out having drinks at the Baraqa cafe on March 7 with Steggink. They left the cafe between 11 p.m. and 11:30 p.m., and while on the street Steggink decided to pick up some food at a local McDonald's.

When Steggink left the fast food location, Wigger was nowhere to be seen. Thinking his travel mate returned to their lodging, Steggink made his way back to the Star Hostel.

He was described as having long brown hair, wearing blue jeans and a long-sleeved gray shirt. He is originally from Manderveen, part of the Tubbergen municipality in Overijssel.

Security camera footage from the walkway along the Rioni River obtained by authorities appeared to show someone matching Wigger's description. His sister, Sjeel Wigger, said he may have been spotted near the river at about 2 a.m., hours after his disappearance.

The missing persons case has been covered heavily by media in Georgia and it also garnered much attention in the Netherlands. Authorities in Georgia asked that people contact them if they think they saw the Dutch man, while family and volunteers were coordinating with each other over Facebook.