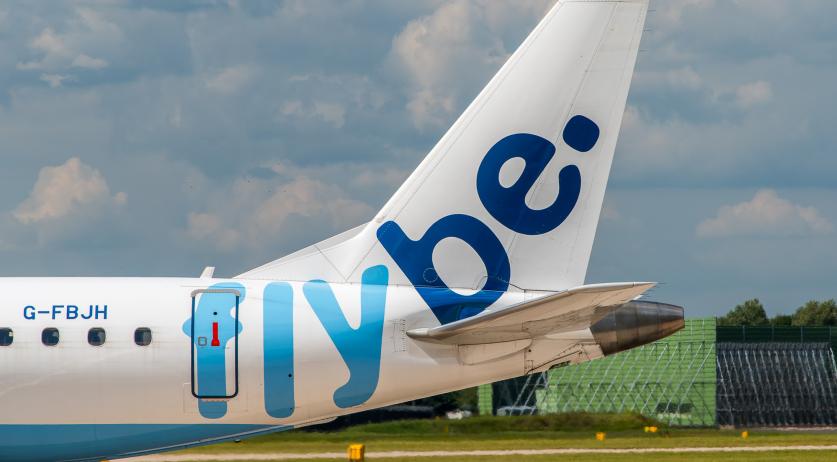 British airline Flybe was declared bankrupt on Thursday, the airline announced in a statement. All its flights have been grounded. At Schiphol Airport this means 19 canceled departures and 19 canceled arrivals for Thursday alone.

"If you are due to fly with Flybe, please DO NOT TRAVEL TO THE AIRPORT unless you have arranged an alternative flight with another airline," Flybe said. "If you have a booking sold by another airline that includes travel on a Flybe flight, please contact the relevant airline or travel agent to confirm if there is any impact to your travel plans."

Flybe had about 130 roundtrip flights to and From Amsterdam's Schiphol airport per week. The airline connected Amsterdam to Birmingham, East Midlands, Exeter, London City, Manchester, and Southampton.

Your attention please: the british airline Flybe has entered administration. All Flybe flights have therefore been cancelled. We advise you to follow the website (https://t.co/KL96IuFfkM) and to first contact the airline before travelling to the airport. https://t.co/FhkHOVpVRH

Flybe also flew daily roundtrip flights between Groningen and London Southend Airport in Essex. “Travelers who have confirmed tickets are advised to contact the party where the tickets were booked,” the Groningen Eelde Airport said in a statement. “As soon as more information is known, we will share this via our website.”

Whether Flybe's bankruptcy was related to losses suffered due to the coronavirus Covid-19, the airline did not say. Globally, airlines were likely to see a 27 billion euros hit to revenues, said airline trade association IATA. “The COVID-19 outbreak is a global crisis that is testing the resilience not only of the airline industry but of the global economy,” wrote IATA director Alexandre de Juniac in a statement published Wednesday. “Airlines are experiencing double-digit declines in demand, and on many routes traffic has collapsed.”