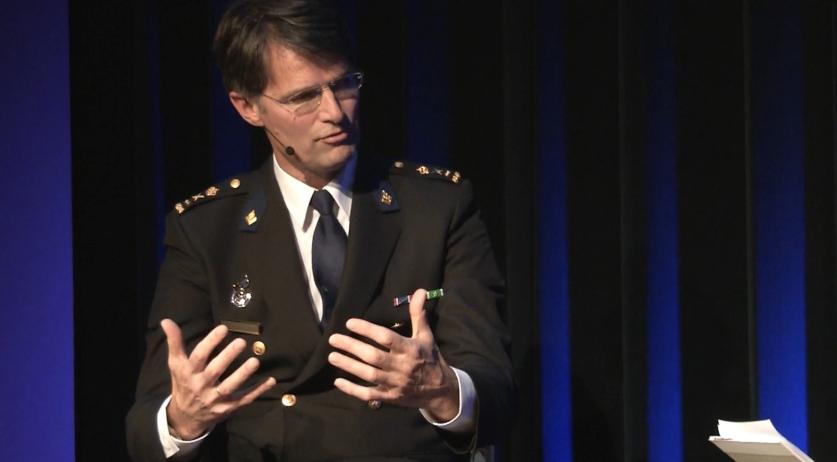 National police chief Erik Akerboom is expected to be named as the new boss of domestic intelligence agency AIVD, according to the Volkskrant. The current head of the 18-year-old agency, Dick Schoof, is expected to re-join the Ministry of Security and Justice which he left in 2013 to lead national counter-terrorism office NCTV.

Akerboom worked in various capacities in Dutch police offices for 23 years after studying for four years at the Apeldoorn police academy. He spent much of his career in Utrecht, before becoming the top cop in the Brabant-Noord region.

He stepped out of that office to run the NCTV as Schoof's predecessor, and then switched to a leadership role at the Ministry of Defense. In 2016 Akerboom was appointed the head of the national police at the age of 55.

The same day it was revealed that annual crime increased for the first time in nearly a decade, Akerboom called on politicians to increase investment in youth development. He argued that improving access to future opportunities would prevent young people from joining organized crime syndicates.

Akerboom took his role as police leader amid controversy over the reorganization of the national police, a project which cost hundreds of millions of euros and went largely over budget. Once on the job he also pledged to improve diversity on the police force, and created several leadership roles to try and achieve that goal despite an apparent decline in officers with a non-Western background.

This goal somewhat conflicted with Akerboom's stance on headscarves, which he said should not be worn by someone in uniform. He also said the issues within rank-and-file police, like racism, harassment, and sexual misconduct, would not simply disappear overnight.

To help get a handle on it, his office launched an independent hotline for officers who wanted to report such discrimination or intimidation cases.  "The hotline has direct access to me", Akerboom said in an interview with NRC. Likewise, he is a strong supporter of sending Dutch cops abroad to team up on international operations because of how it builds bridges across borders as the country's security concerns more frequently have an international component.

Akerboom has been particularly outspoken over the last year about the rise in violence against emergency services providers. Akerboom used this to make his case when pushing for funding to equip police officers with electric shock weapons.