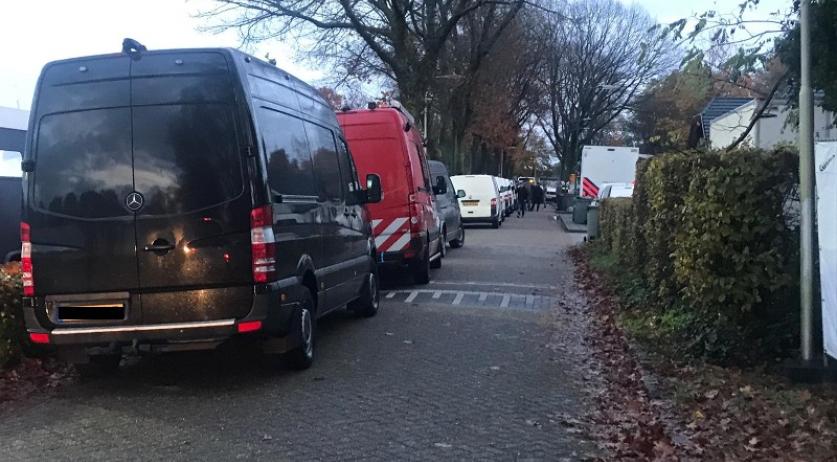 The police tackled what they call a "criminal family network" in Oss, Noord-Brabant on Wednesday. Three men, believed to be the leaders of this criminal network, were arrested. During searches at a caravan camp and other places in Oss, the police found and confiscated automatic firearms, drugs and cash. Possible explosives were also found.

At around 10:30 a.m. on Wednesday, a police SWAT team forced a car off Hoogheuvelstraat and arrested the driver, a 48-year-old man from Oijen. At around the same time, two men aged 55 and 26 were arrested at the nearby caravan camp, also by a SWAT team. They form part of the same family.

"An extensive and long-term criminal investigation into the criminal family has revealed that the three leaders of this family are involved in drug trafficking on a large scale, in which serious violence and intimidation are not shied away from", the police said in a statement. The three men are also suspected of membership to a criminal organization, and illegal firearm possession. They are in restricted custody, which means they are only allowed contact with their lawyers.

Omroep Brabant identifies one of the suspects as Martien R. from Oijen, calling him the "Godfather of Brabant". According to the broadcaster, he is suspected of multiple assassinations and attacks.

The police closed down the caravan camp on Hoogheuvelstraat and the area around it for investigation. "We think that the criminal activities of the family were planned at this camp", the police said. The camp and other areas in Oss will be combed for cash, drugs and firearms. This thorough search is expected to take multiple days, so alternative accommodation was arranged for the residents of the caravan camp.

During the searches on Wednesday, the police found and confiscated multiple automatic firearms, other firearms, hard drugs, and cash from multiple places. In one hidden area, possible explosives were found on Wednesday afternoon. Experts from the Ministry of Defense's explosive removal department were called in to investigate.

The police will only release more details about the results of this extensive raid, involving over 100 cops, at a later time. "The searchers are still ongoing and an inventory has yet to be made", the police said.