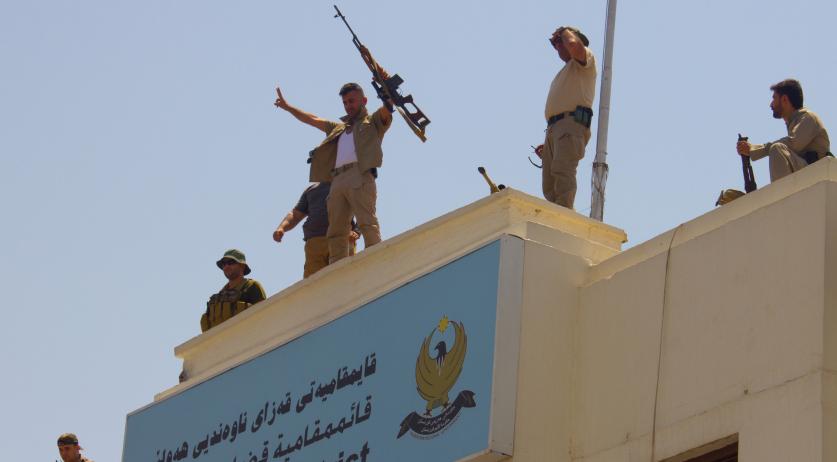 A group of six people was being held in connection with raising at least 200 thousand euros in donations, much of which was allegedly distributed to help finance terrorism. Four men were arrested in the Netherlands, and two were taken into custody in Belgium, the Public Prosecution Service (OM) said on Monday.

Donors were duped into thinking the money they contributed was being raised with a goal of "providing assistance to war victims," according to the OM. Instead, much of the money was distributed to ISIS fighters in Turkey and Syria in 2013 and 2014, the prosecution alleged.

"More than 130 thousand euros was withdrawn in cash and brought to Syria by the suspects," the OM said in a statement. "The rest of the money would have been used to finance the trips, and one of the suspects probably transferred part of the money to another non-profit organization he was affiliated with," said the prosecution service.

The allegation meant that suspect was also held on suspicion of embezzlement.

"Even if you do not participate in armed struggle, that does not mean your hands are clean," the OM said. "Financial support for violent jihad fighters enables them to continue their struggle."

Three men were arrested on Tuesday somewhere in the "Midden-Nederland" region, which includes the provinces of Utrecht and Flevoland, as well as the Gooi and Vechtstreek region of Noord-Holland. Also on Tuesday, two men were captured in Belgium. A sixth person was arrested in Midden-Nederland a day later.

All told, 11 addresses were searched in the two countries. Investigators seized data devices, records, and other documents. The investigation was started after a Spring 2018 report by domestic intelligence agency General Intelligence and Security Service (AIVD)