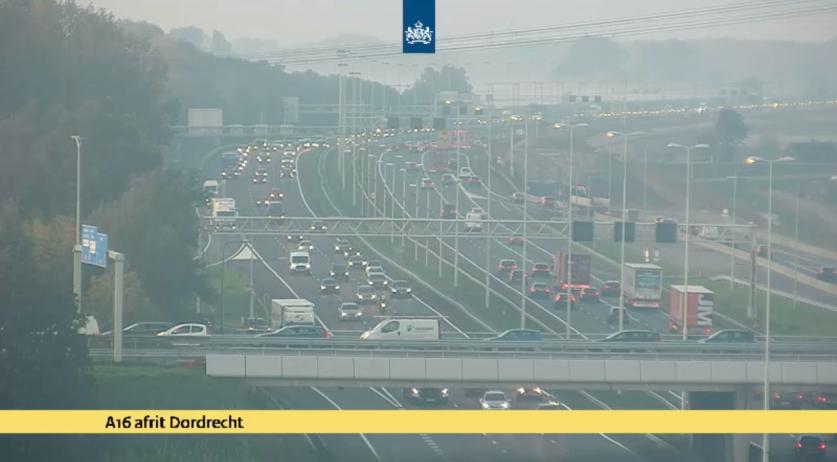 Fog and slippery roads are causing havoc with traffic in the Netherlands on Tuesday morning. At 8:00 a.m. there were 157 traffic jams on Dutch roads, covering 728 kilometers, according to travelers' association ANWB.

An accident on the A2 near the Oudenrijn junction got the morning off to a troublesome start, tying up traffic between Den Bosch and Utrecht, according to ANWB. The left lane had been closed and was reopened by 6:30 a.m., but there was still heavy traffic in north- and southbound lanes 90 minutes later.

There are also traffic jams on the A8 towards Amsterdam, between Westzaan and Zaandam junction, on the A15 from Rotterdam to Gorinchem, and on the A9 from Alkmaar to Amstelveen. Motorists stuck in these traffic jams can expect to have over 30 minutes added to their travel time, according to ANWB.

The chance of icy roads meant that salt gritters were deployed for the first time this season in many places in the Netherlands overnight, including in Arnhem and in Lelystad.

Tonight there is again chance of frost, according to Weeronline. So icy roads may again cause problems during rush hour on Wednesday morning.