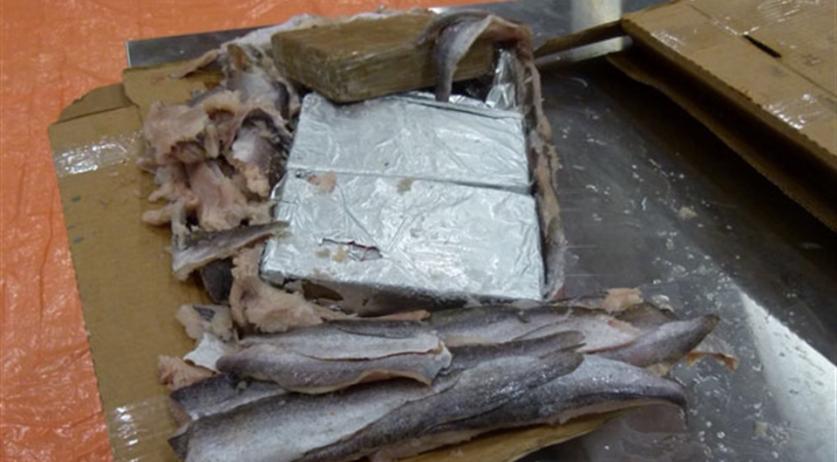 Prosecutors on Tuesday alleged that a group of seven men were at least partly responsible for the importation of approximately 1,125 kilograms of cocaine hidden inside a shipment of frozen fish. The cocaine entered the Netherlands at the Port of Rotterdam and was then tracked to a worksite in Zaandam in July 2018.

The drugs carried a street value of roughly 22 million euros, the Public Prosecution (OM) said in a statement. The OM concluded their case at a court in Rotterdam this week, and asked the judges to sentence the men to prison terms ranging from 6.5 to 10 years. A verdict is likely on November 8.

Six of the suspects were caught at the Zaandam warehouse, including one American, one Albanian, two men from Gorinchem, and one each from Tiel (29) and Utrecht (28). Authorities later captured a 48-year-old from Den Haag in his hometown.

The cocaine was destroyed after the raid along with drug-tainted fish. Any fish that was salvaged was donated to several zoos as food for dolphins, penguins, and seals. The shipment from Ecuador to Rotterdam and Zaandam took place between July 5 and July 20, 2018, the date of the arrests, the OM said.

The Den Haag man is suspected of organizing the drug ring. A search of his business locations and caravan turned up evidence of chemicals used to produce ecstasy, the OM stated.

The OM also expressed dismay over the suspects’ improper food handling skills. The frozen hake used to conceal the cocaine was kept in a shed heated to 25 degrees, and would likely have been sold to vendors, the OM said.