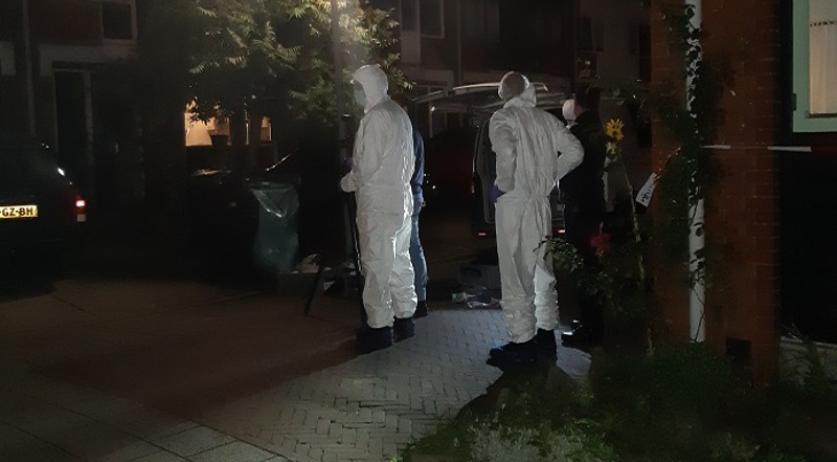 Three people, including two children aged 8 and 12 years, were killed in an apparent murder-suicide in a home on Heimerstein in Dordrecht on Monday evening. The suspected gunman was their father, a 35-year-old police officer who worked at the Rotterdam unit. He also died. A 28-year-old woman was critically injured, the police said in a statement.

Local residents identified the police officer as Wendell C. to newspaper AD. The woman was his partner and the children's mother. They had been having relationship troubles for some time and were on the point of separating, according to the newspaper.

The shooting happened at around 6:00 p.m. Emergency services responded to the scene en masse - two trauma helicopters, multiple ambulances and at least 15 police cars filled the street. A large part of the Sterrenburg neighborhood was closed down by the police. Dozens of local residents gathered in the street, many with tears in their eyes, according to the newspaper.

The Rijksrecherche, a department of the Public Prosecution Service that handles internal investigations at government services like the police, is investigating what happened. This is standard procedure in any police-involved shooting. Whether the officer used his service weapon, is not yet clear.

The locals told AD that this was a young family with two daughters. The youngest attended elementary school Het Kristal. The oldest just started secondary school at Insula College Leerpark. Teachers of both schools gathered on Monday night to discuss how pupils and parents will be informed of what happened.

The drama rocked Wieldrecht football club. The 12-year-old girl and her mother were both members o the club. "We are naturally very shocked and sympathize with the next of kin", the club chairman said to AD. "We are still in the midst of it and looking at how we can pay attention to this in an appropriate way this week."

Dordrecht mayor Wouter Kolff said on Twitter that the incident touched him deeply and that he sympathizes enormously with everyone involved. He called it a "very serious" incident. The mayor visited the neighborhood on Monday evening. "I am here to talk to local residents. That is where my attention is. This is a very close neighborhood. Children play together here. The neighborhood is in shock."

According to AD, the Sterrenburg neighborhood is still living under the shadow of another serious incident. Heimerstein is 500 meters away from Schuilenburg, where 12-year-old Milly Boele was murdered in 2010. Milly's body was found buried in a neighbor's garden six days after she went missing. She was murdered by 26-year-old neighbor Sander V., who also worked for the police.