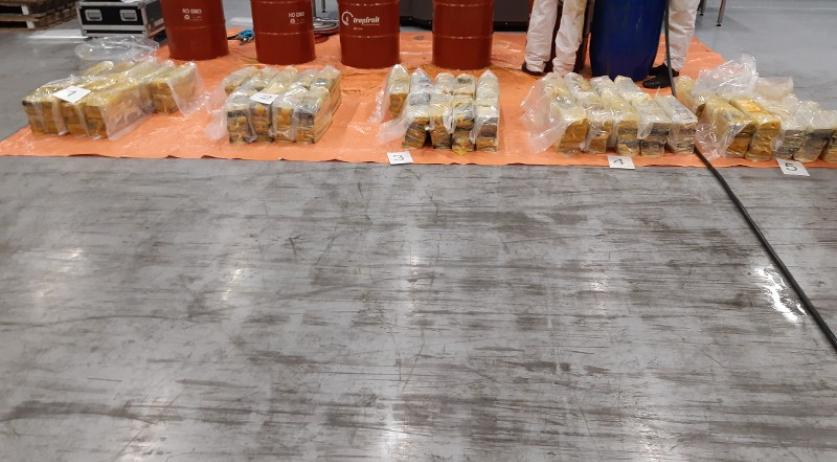 The police and customs officers in the port of Rotterdam made two large cocaine busts over the weekend. They found a total of 1,250 kilograms of cocaine hidden in a shipment of produce and a shipment of fruit concentrate, the police said in a statement on Tuesday.

Another 500 kilograms of cocaine was found on Friday, during a police and customs check at the port of Rotterdam. The drugs were hidden between fruit concentrate in a container that stood on a storage site on Maasvlakte. Whether anyone was arrested in connection with this discovery, the police did not say.

At this stage the police assume that the two drug shipments are not connected. The police, customs and Public Prosecutor in Rotterdam are investigating.

The drugs were destroyed.