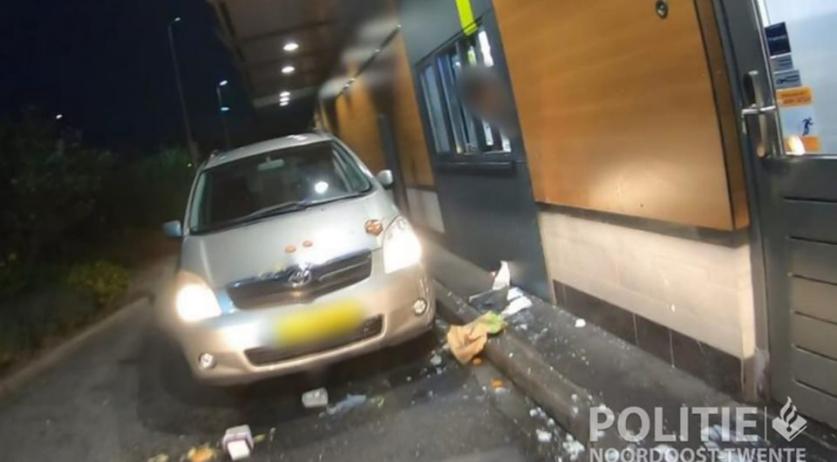 A minor girl pelted police officers with fast food and a milkshake while they were trying to arrest her 35-year-old mother at the McDrive in Oldenzaal in Twente. The woman was drunk behind the wheel and resisted arrest, the Oldenzaal police said on Facebook.

Officers first approached the woman at 4:50 a.m. on Saturday because the car she was in was registered to someone who died two years ago. "The driver was approached about this and indicated that the car belonged to a friend. During this conversation, the suspicion arose that she was under the influence of alcohol", the police said. It took the officers multiple tries to convince the woman to take an alcohol test, which showed that she was well above the limit.

The police tried to arrest the woman, but she resisted to such an extent that the officers had to use "appropriate force" to detain her, the police said. "Her underage daughter also disagreed and threw a milkshake at one of the officers. The other food items also flew through the McDrive."

The woman and daughter were taken to a police station. The woman will be summoned to a hearing with the Public Prosecution Service. An official report was filed against the girl for "rowdiness". The police also contacted domestic abuse center Veilig Thuis because they find it irresponsible of the mother to drive drunk with a child in the car, the police said.