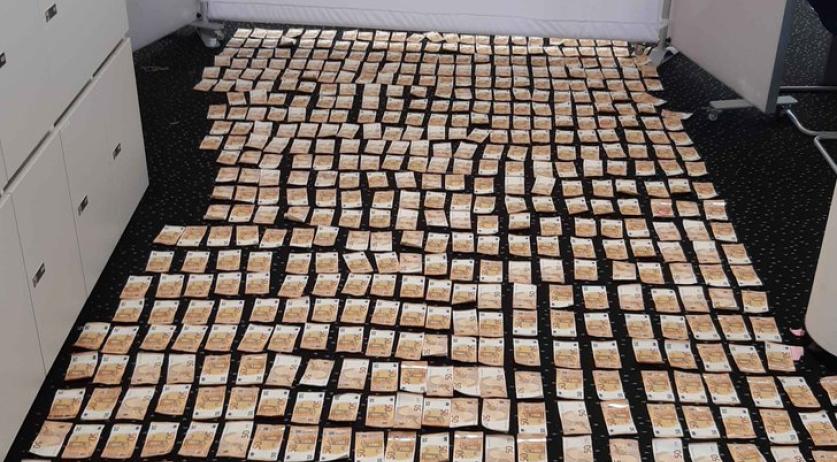 €68,000 drying out at a Rotterdam police station after a man jumped into the Maas river with the cash in his pocket, 11 July 2019 Photo: Politie Rotterdam/Twitter
Crime
Rotterdam
Maas River
money laundering
police
arrests
Prins Hendrikkade
Friday, July 12, 2019 - 12:00
Share this:

Man with €68,000 jumps into Maas river to escape police

A man with 68 thousand euros in cash on him jumped into the Maas river in Rotterdam while trying to get away from the police on Thursday morning, the Rotterdam police said on Twitter.

According to the police, officers addressed the man because he showed suspicious behavior. He could not explain why he had so much cash on him.

"What do you do if you have 68 thousand euros in your pocket, cannot explain this and have the police right in front of you? A man on Prins Hendrikkade only saw one way out", the police tweeted. "With the money, he jumped into the water."

The man was fished out of the river and arrested. The cash was confiscated and spent the rest of the day spread out on a police station floor to dry out.

"In principle, people can carry as much cash as they want, but in combination with other factors, it can lead to suspicions of money laundering", the police said.