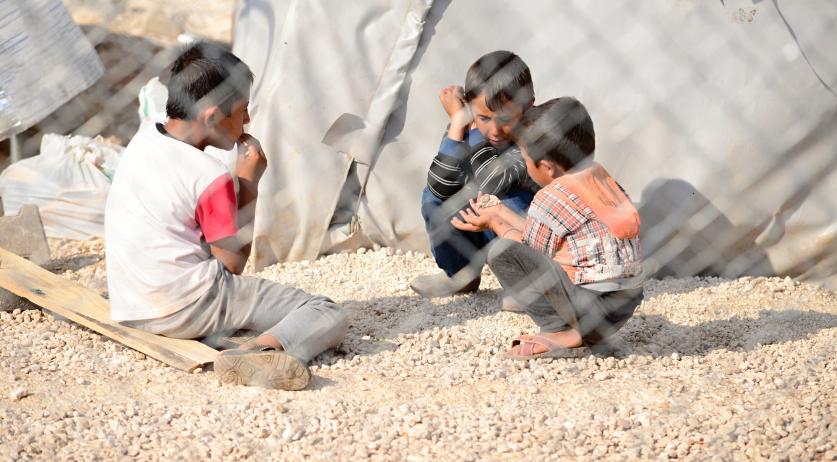 Jihadists' kids to be placed in special shelter upon return to Netherlands: report

Children of Dutch jihadists will be placed in a special shelter when they return to the Netherlands. There they will be observed and counseled 24 hours per day to determine whether they pose a danger to society, newspaper AD reported on Friday.

According to the newspaper, older children will be placed in this shelter, where they will be kept isolated - they will not stay with other children. Kids under the age of 9 will also be examined and their mental state assessed upon their return to the Netherlands, NU.nl writes.

Intelligence service AIVD previously said in a report that children may have received combat training in the Islamic State caliphate from the age of 9 and may therefore pose a danger to society when they return home. The Child Protection Council therefore takes into account that returning kids may have been forced to participate in violent actions, according to AD. By closely observing kids in an "orthopedagogical setting", it can become clear whether this was the case, what trauma the children suffered, and what help they need.

The Child Protection Council did not tell AD where this shelter will be located, but did say that specialists are already ready to offer help as soon as the children arrive in the Netherlands. No children have been placed in the shelter as of yet.

There are currently at least 210 children with at least one Dutch parent in Syria and Turkey. Some 85 of them are living in detention camps in northern Syria. Less than a quarter of these kids were taken to the ISIS caliphate by their parents. The rest were born there, and are therefore under the age of 9. About 10 percent are 9 years old or older. Over the past years, at least 14 children returned to the Netherlands, all of them younger than 9.

Recently two Dutch orphans were removed from a refugee camp in Syria and returned to the Netherlands. They were placed in Child Protection's custody, according to AD. A Dutch woman who went to the caliphate with her now deceased husband, also recently called on the government to allow her four children back into the Netherlands.

Just like in many other countries, the Netherlands is debating about whether the government should bring children with a Dutch link back. Last month Minister Ferdinand Grapperhaus of Justice and Security called this a complicated issue, according to NU.nl. The retrieval of children is inextricably linked to the return of their parents - separating parents and children is legally complex, he said.

Children's Ombudsman Margrite Kalverboer has made multiple calls on the Dutch government to bring these children backto the Netherlands, expressing concerns for their wellbeing and development. Last month special UN envoy for Children in Armed Conflicts, Virginia Gamba, called on the Dutch government to "show grace and mercy" and bring these children home.