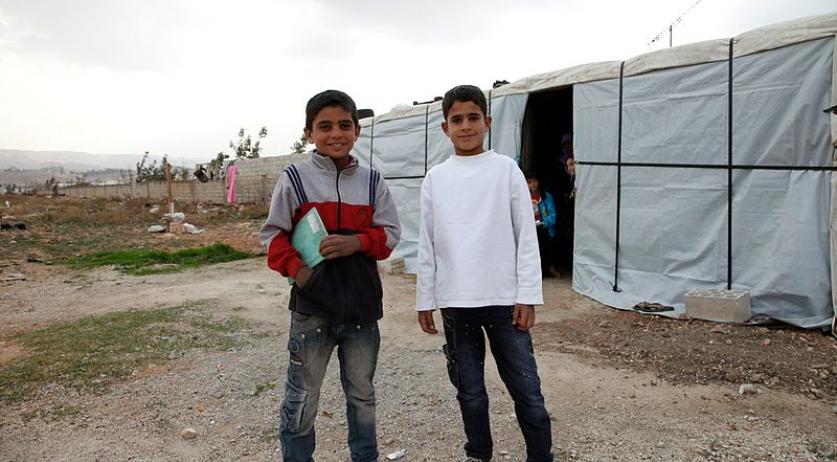 The Netherlands must "show grace and mercy" and bring back the children of Dutch jihadists in Iraq and Syria as quickly as possible, the special UN envoy for Children in Armed Conflicts, Virginia Gamba, said during a visit to The Hague on Thursday. The fact that these kids and their mothers are now just left to their fates is not only inhumane, but also contrary to international children's rights, she said, Het Parool reports.

The right-hand woman to the United Nations Secretary General, Antonio Guterres, spoke at the centenary of children's rights organization Save the Children on Thursday. According to Gamba, an Argentine security and disarmament expert, the Dutch stance on whether or not to bring these children and their mothers back to the Netherlands, has become milder over the past months.

"Six months ago there was only rejection of any possibility of returning any of these people, and in particular for the children", Gamba said. "As if the whole of Europe said: 'These people have not behaved as responsible European citizens, why should we take hem back?' If you adopted a child and you don't like it, you can't just put it out on the street. That is not possible. You have an obligation."

Now most Western European countries seem to have come to the realization that these children also have rights, Gamba said. Even if they were involved in violence or if their parents have horrible deeds on their conscience. According to international law, if children are detained, they should be detained for as short a time as possible and only in the best circumstance for the child. That is not happening in Iraq and Syria.

The Dutch argument that help is available on the condition that the children and their parents report to a Dutch consulate or embassy, is not realistic, according to the UN envoy. She calls on the Netherlands and all European countries who have children in Syria and Iraq to set up a temporary registration scheme and bring these children home as quickly as possible.

According to Dutch intelligence and security service AIVD, there are currently around 85 Dutch children in refugee camps and detention centers in Syria and Iraq. And at least another 85 children are with Dutch jihadists who are still active in the combat zone. 90 percent of these kids are below the age of 9 years, most of them were born in the combat zone.

Children's Ombudsman Margrite Kalverboer has made multiple calls on the Dutch government to bring these children back to the Netherlands. "There has been talk for almost a year, but not much has happened. The children are a year older and live under poor conditions. That is bad for their development", she said in a letter to Minister Ferdinand Grapperhaus of Justice and Security in January.

The parents of Dutch who went to become rebel fighters in the Syrian civil war also established a foundation with the goal to convince the Dutch state to bring their children and grandchildren back to the Netherlands. The foundation is called Achterblijvers, which translates to 'those who stayed behind'. The parents hope that by teaming up they can make a stronger front with which to convince the Dutch government to bring their children and grandchildren home.

"Of course our children will have to account here for what they did and to prevent them from doing anything dangerous here. But we don't want our grandchildren, like the children of NSB people 70 years ago, to pay for the actions of their parents", a prominent member of the foundation said to the Volkskrant in April.