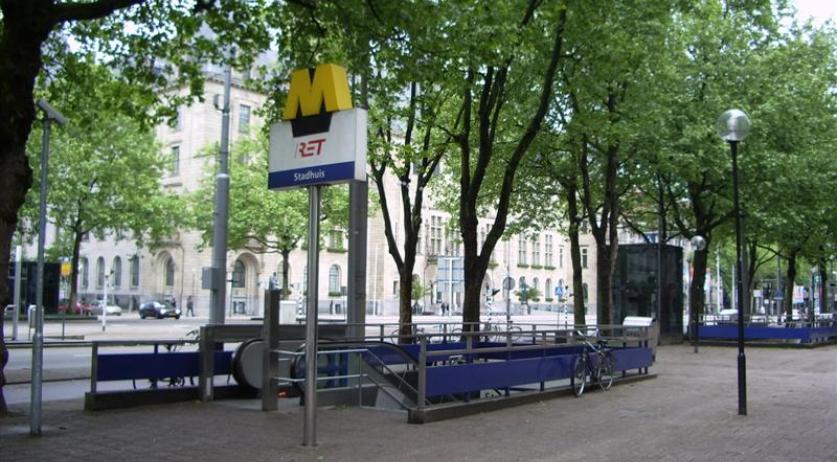 Subway station Stadhuis in Rotterdam will be closed for at least two and a half weeks after asbestos was found there on Tuesday. The subway between Rotterdam Central Station and Beurs may start running again sooner, but then it won't stop at Stadhuis, Rotterdam transport company RET said, RTV Rijnmond reports.

"The period is necessary because all kinds of legal rules apply when cleaning up asbestos", a spokesperson said to the broadcaster. "In consultation with a specialized company, it turned out that it would take so long to open the platform again."

Asbestos plates were found during renovation work at Stadhuis station on Tuesday. RET evacuated the station and halted subway traffic around it.

According to RET director Maurice Unck, travelers and employees at the station were not in any danger. The asbestos fibers were in plates and did not get into the air. Asbestos is only dangerous when inhaled.

RET deployed buses and special trams to transport passengers between Rotterdam Central Station and Beurs while the subway is halted.