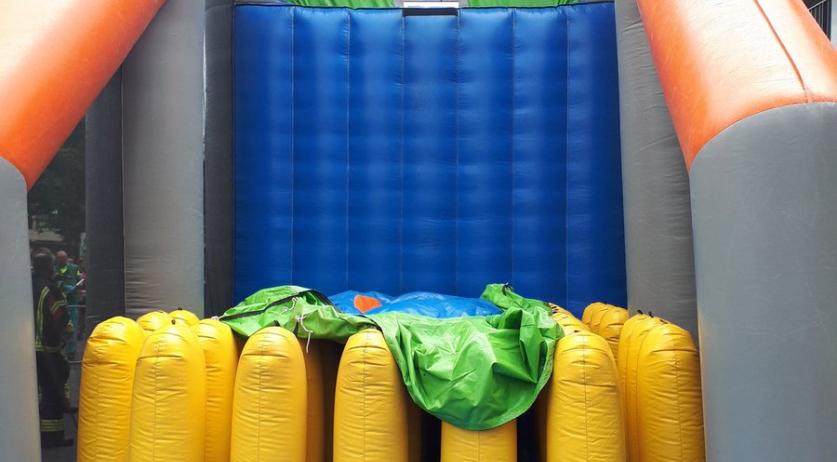 Six children were injured when a bouncy castle fell over at the Emmerhout shopping center in Emmen on Wednesday afternoon. Five were taken to hospital, the sixth was treated at the scene. The age of the injured children and their current condition are unknown, Dagblad van het Noorden reports.

Several bouncy castles were in use at the shopping center for the Mini Summersplash festival. The biggest castle suddenly fell over at around 2:30 p.m. Why the castle collapsed is not yet clear. According to the festival's organizer Wesly Struik, there may have been to many kids on the castle at the same time. He thinks there were around 20. "They were very well watched by two volunteers. But if all those children come running at the castle at once, there is of course no stopping them", he said to the newspaper.

One of the volunteers was at the top of the castle, at a height of 7 meters, when it collapsed. She landed on her shoulder, but escaped uninjured.

"I came down on the noise and saw that things were very wrong", Michael Schimmel, owner of snack bar Kwalitaria in the shopping center, said to the newspaper. "A boy of about six lay on the ground and showed no sign of life. Fortunately two First Aid volunteers were there quickly. They called a doctor from the neighborhood and within no time there were a few ambulances." A trauma helicopter also landed at the scene.

Struik is "terribly startled and very upset" by the incident, he said to the newspaper. The festival started at 11:00 a.m. and was set to close at 8:00 p.m., but the police ordered it closed an hour after the accident. Dutch food and consumer product safety authority NVWA is investigating how and why the bouncy castle collapsed.