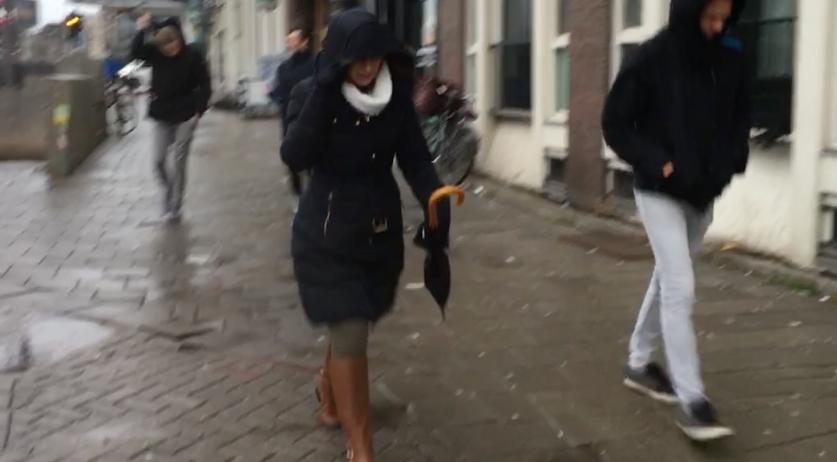 Meteorological institute KNMI increased its storm warning for Wednesday from a code yellow to a code orange for the provinces of Noord-Holland, Flevoland, Friesland, and the Wadden islands. Very strong winds up to 130 kilometers are expected.

A code yellow warning is still in effect for the rest of the country.

The storm already caused a large number of problems. Fallen trees, and blown away roof tiles are reported in almost all provinces. In Berkel part of a home's facade was blown down. In Heesch, Noord-Brabant, a tree fell on a hiker. According to Omroep Brabant, the fire department freed the man and took him to hospital.

In Rotterdam street markets in Ommoord and on the Afrikaanderplein in Zuid were canceled due to the strong winds. "With these strong wind gusts, we can't sufficiently guarantee safety on the market for both visitors and members", the municipality said, according to RTL Nieuws.

The storm may also cause high water problems. The Maeslantkering at Hoek Van Holland may close at some point today, AD reports. And the Noordereiland in Rotterdam also warns of wet feet. Several signs were posted around the city, advising drivers not to park their cars on quays.

The  weather is also causing problems in air- and train traffic. Schiphol already canceled over 100 flights. And NS reports weather related problems on four routes - between Dordrecht and Breda, between Den Haag and Rotterdam, between Rotterdam and Breda, and between Amsterdam, Zaandam and Alkmaar.