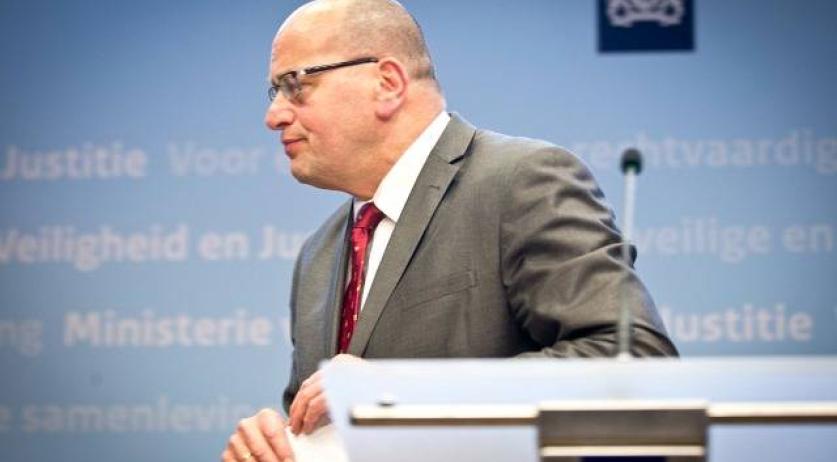 Politician-turned-Bus driver's auto crash caused by phone use; Not bitter about prior scandals

A 2015 traffic accident involving once-prominent VVD politician Fred Teeven was caused by his own use of his phone while driving. Now a professional bus driver, the former Number 2 at the Justice Ministry stated his mea culpa in an interview with De Telegraaf.

The April 2 accident was serious enough to later require a brain operation.

"I was busy on WhatsApp, not paying attention, and crashed into the person in front of me," he said. "That crash on the A44 was my own fault."

He said he was driving a small Peugeot belonging to his former partner, and that the car only had a lap belt. The accident then caused him to hit his head against the windshield.

Teeven underwent a "complicated" brain surgery on January 13 that, "fortunately went well, but led to deafness in one ear," he added.

He pursued a position at the Council of State following months of rehabilitation, but he did not land the role. Instead, the former politician, now 59 years of age, chose to get closer to one of his childhood dreams.

Telling the newspaper that he always wanted to one day become an international truck driver, Teeven chose to apply for a part-time bus driving job with Connexxion on a route from his hometown of Haarlem and the Amsterdam Bijlmer ArenA Station.

Teeven resigned his position in the second cabinet of Prime Minister Mark Rutte on March 10, 2015, three weeks before the car crash. He resigned on the same day as his boss, Justice Minister Ivo Opstelten, over misinforming parliament about a deal Teeven made with a suspected drug trafficker in 1994.

The affair concerned money seized from the suspect, Cees H., which was substantially returned to him in an agreement that also led H. to share information about a kidnapping plot that targetted Teeven. While parliament was told that H. was given 1.25 million guilders of 5.75 million frozen, Cees H. actually received closer to 5 million guilders.

After a decade of denials and forgotten details, proof of the actual amount surfaced in 2015. It brought down several top VVD politicians, and led to calls for Prime Minister Rutte's resignation and investigations of the Justice Ministry. Teeven left the cabinet, but was kept on as a Member of Parliament.

Teeven announced his resignation from parliament in November 2016, citing the impending brain surgery.

He said he is no longer bitter about the uproar around the eponymous "Teeven Deal" that knocked him out of the cabinet. While he is not planning a return to politics, he will have new talks with the Public Prosecutor's office next year.