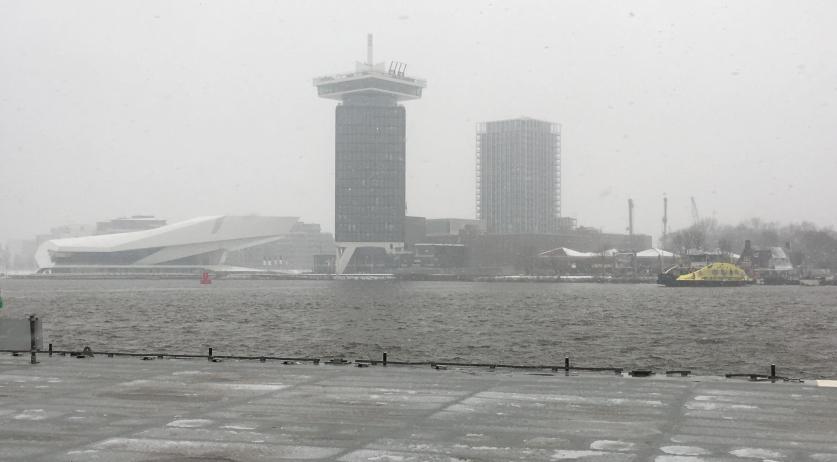 After a night of chaos in all forms of traffic due to heavy snowfall, things in the Netherlands are returning to normal. Meteorological institute KMNI issued a code yellow weather warning telling motorists to be careful of icy roads. And NS warns that fewer trains are running on four routes.

Much fewer trains are running between Zaandam and Hoorn due to restrictions on equipment use. And due to the weather conditions, NS is running fewer Sprinters between Rotterdam Centraal and Gouda Goverwelle, between Den Haag Centraal and Gouda Goverwelle, and between Utrecht Centraal and Houten Castellum. All these issues are expected to be sorted out by 11:00 a.m. A previous issue between Zwolle and Deventer has been sorted out and delays on this route should be over by  7:30 a.m.

Leftover snow and wet road sections freezing can result in very slippery conditions, especially in residential areas, Weerplaza warns. Bike paths and sidewalks may also be very slippery. The highways are mostly clear of ice, due to the large amounts of salt Rijkswaterstaat sprinkled during the snow on Monday. But there may still be icy areas. Monday's heavy snowfall started to thaw last night. As a result morning rush hour will face less snow, but more slippery roads. Due to the thawing, some salt may have washed away.

The iciness on the roads will disappear during the course of the morning.