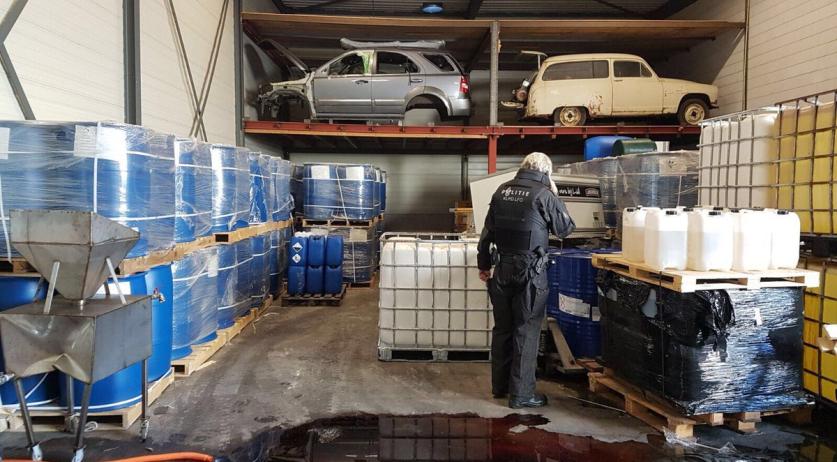 The police raided dozens of address in the south of the Netherlands and in Belgium on Tuesday as part of a major operation against synthetic drugs, called Operation Impact. Five people were arrested, three in Belgium, two in the Netherlands, NOS reports.

The operation involved the police, Public Prosecutor, Tax Authority, Koninklijke Marechaussee and dozens of municipalities. Raids were done in Mariahout, Tilburg, Waspik and Weert, based on information from ongoing investigations and reports to municipalities and hotlines.

The police seized raw materials and other things used to make synthetic drugs. The biggest discovery was made in Waspik, where the police found 49 thousand liters of formamide, which is used to make speed. According to the police, the formamide is worth millions of euros. The police also seized two cars, a camper, a boat, two motorcycles, four firearms and ammunition, and 11,250 euros and 1,200 dollars in cash. Three cannabis plantations were also dismantled in Belgium.