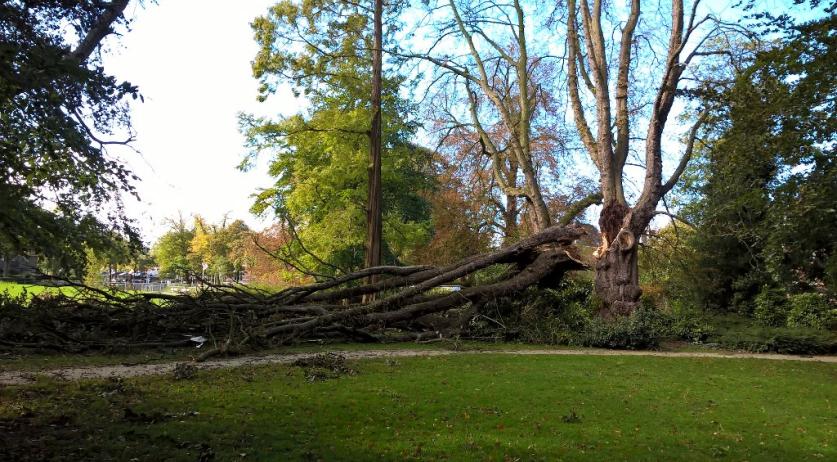 Blown down trees, tents in east and north of Netherlands due to autumn storm

An autumn storm that hit the Netherlands on Thursday mostly caused damage in the east and north of the country. The biggest disruption caused by the storm, was when tents set up for horse event CSI Salland were blown down in Mariënheem, sending a number of expensive horses running, RTL Nieuws reports.

The tents collapsed, trapping some horses and sending others running. As far as is known, no horse sustained serious injuries and no people were hurt, a spokesperson of the event said to RTL Nieuws. The escaped horses were all caught. The activities for the rest of Thursday were canceled, but the event will continue as planned on Friday.

The fire department and police in the northern and eastern parts of the country received numerous calls about storm damage. In Hasselt in Overijssel, a traffic light installation was blown over. And in Giethoorn two trees fell onto a home. Fallen trees were also reported in Breda, Barendrecht and Waddinxveen.

A home on Pianostraat in Eindhoven was also hit by a falling tree. In Oisterwijk a tree blown over tree landed in the middel of Kerkhovensestraat, knocking down a second tree on its way down, according to Eindhovens Dagblad.