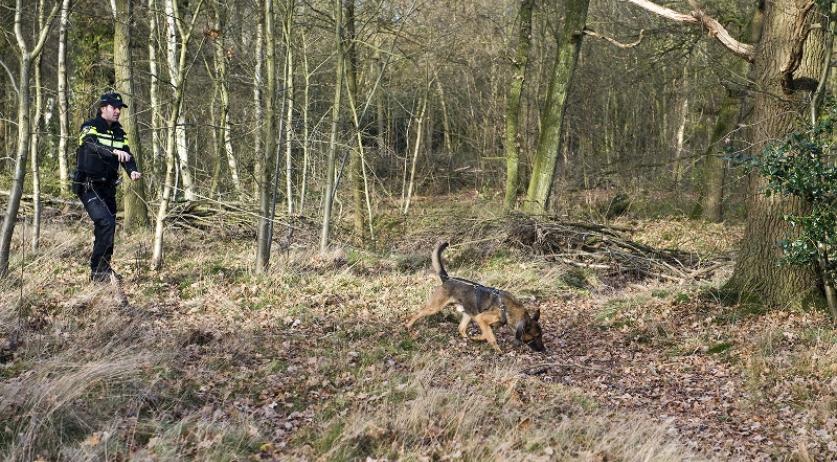 In addition to a jacket, more clothes were found that "almost certainly" belong to missing 25-year-old Anne Faber next to Amerfoortseweg in Huis ter Heide on Tuesday, police spokesperson Bernhard Jens confirmed. The police hope that they will be able to conclusively determine whether the clothes belong to the missing Utrecht woman today. Sniffer dogs are currently searching for other traces of the missing woman in the area where the clothing was found, AD reports.

The police asked Anne's parents and boyfriend whether the found clothes could belong to her. From their response, the police believe that they "almost certainly" do, according to Jens. "We hope to get certainty about that today."

A t-shirt was found on the bike path between Amersfoort and Utrecht, next to Huis ter Heide, a way further on Panweg. The chance that this also belongs to Anne is not large, a police officer at the scene said to AD. But it is still being investigated. The bicycle path where the shirt was found, has been closed down with crime scene tape.

The spot in Huis ter Heide where the clothing was found on Tuesday, is also closed to the public. The police searched the area on Tuesday evening, only stopping late on Tuesday night. The site was guarded through the night. Forensic detectives are currently doing a technical investigation at the scene, while police officers with sniffer dogs are searching the area around it.

No DNA testing can be done on the clothes, because the authorities have no genetic material of the missing woman, according to the newspaper.

On Friday Anne Faber left her Utrecht home to go cycling, something she did on a regular basis. The last time she contacted anyone, was when she sent a photo of herself in the rain to her boyfriend around 6:50 p.m. The police determined that the photo was taken in Baarn, near Soestdijk Palace. After investigating Anne's phone data, the police concluded that she was cycling on bike route 115802 from Soest to De Bilt. The last signal received from her phone was at 7:06 p.m., southwest of Soest.

The spot in Huis ter Huide where the clothing was found, is a way south of where her phone last gave a signal - on the other side of the former Soesterberg air base, according to NOS.