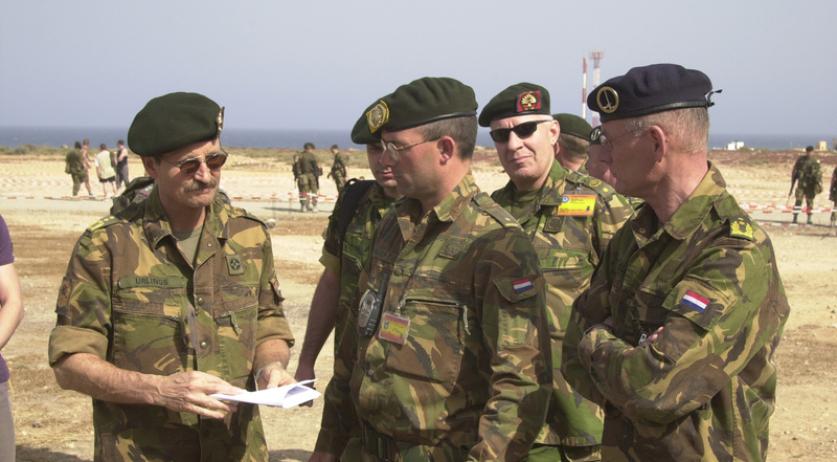 A mortar grenade that killed two Dutch soldiers during a training exercise in Mali last year was one of a thousand grenades that were unsafe - something the Ministry of Defense was aware of, Jean Debie, chairman of defense union VBM said to RTL Nieuws. If Defense followed its own safety procedures, 29-year-old Henry Hoving and 24-year-old Kevin Roggeveld would still be alive, Debie said. A third soldier sustained serious injuries.

According to Debie, the mortar grenades in questioned were urgently ordered in 2006 and 2007 for a mission the Netherlands participated in in Afghanistan. They were made in Bulgaria. Before the grenades were sent to Afghanistan to be used, an evaluator advised in a report that they should be rejected because they were unsafe. The mortar grenades were not composed of the same components, despite having the same label. This meant that there was a risk that each grenade may behave differently once fired. Defense "deliberately ignored the report of the evaluator", Debie said.

On July 6th last year, during a training exercise in Mali, one of these grenades exploded while still in the tube - killing two Dutch soldiers and seriously injuring a third. The entire batch was destroyed shortly afterwards.

According to Debie, it was later discovered in the instruction manual for the mortar grenades that there was another problem. The device that must ensure that the grenades only explode once they are at least 40 meters away from the firing tube, was incorrectly set. With the batch of defective grenades, that distance was set at between 75 centimeters and 40 meters.

On Thursday the Dutch Safety Board is presenting its conclusions on an investigation into this incident. Sources told RTL Nieuws that the board also had critical conclusions on the medical facilities in Mali - they do not comply with the standards imposed by Defense itself, thereby creating an additional risk for the deployed soldiers.

The fact that soldiers Hoving and Roggeveld were killed due to unsafe equipment, will not be welcome news for Defense. In March of last year, another soldier was killed in an accident during training at a shooting range in Ossendrecht. An investigation by the Rijksrecherche concluded that this incident was caused by the training location being unsafe. A number of trainings were halted as a result.

Parliamentarians were shocked by Debie's revelations. "This could have and should have been prevented", SP parliamentarian Sadet Karabulut said in a response to RTL Nieuws. "It's the umpteenth incident in Defense. Things are systematically not good. Apparently the already overworked soldiers are no longer safe in defense."

"If it appears that our men and women have to work with rejected mortars, that's scandalous and life-threatening", PVV parliamentarian Gabriëlle Popken said tot he broadcaster. "This should never have happened and must never happen again. As far as the PVV is concerned, a debate will be held with the Minister of Defense as soon as possible."

The D66 finds it very important that defense staff have "sound material", parliamentarian Salima Belhaj said. "Our men and women are doing dangerous work", she said to RTL. "D66 wants to know from the Minister if it's true that the mortar grenades were rejected by the evaluator. And if so, why were these explosives still used?"