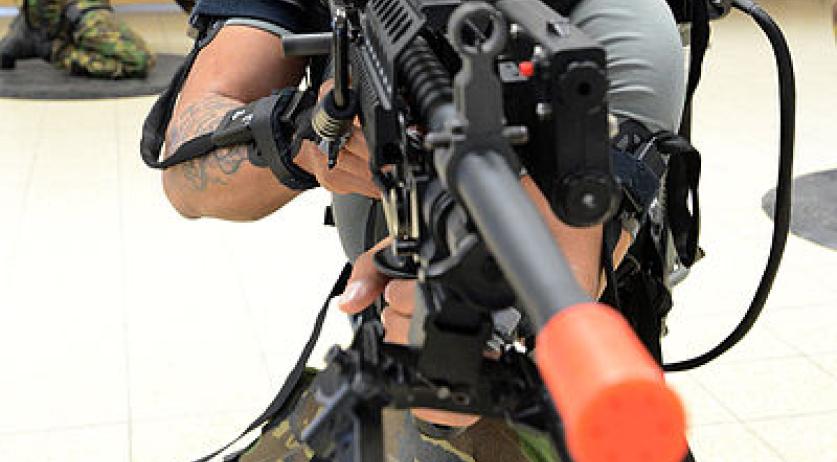 Dutch commandos not to blame for colleague's death in shooting range accident: Prosecutor

The Public Prosecutor will not prosecute three commando soldiers involved in the death of a colleague during training in Ossendrecht last year. The soldiers were wrongly suspected of death by negligence and the cases against them were dropped, the Prosecutor announced on Wednesday, ANP reports.

The accident happened on a shooting range called the shooting house at the police academy in Ossendrecht on March 22nd last year. A 35-year-old instructor was hit by multiple bullets and died at the scene. The soldier who fired the gun, the principal instructor and the supervisor on the training exercise were all made suspects.

But investigation by the Rijksrecherche - the department that handles internal investigations at government services - concluded that they are not to blame. There was no question of intent or culpability in the soldier who fired the shots - he was performing the training exercise according to instruction. The two instructors are also not culpable, because they worked under the just assumption that the training location was checked and safe. It only later turned out that the location was not safe to use.

There are still two ongoing investigations into the soldier's death, one by the Ministry of Defense itself and one by the Dutch Security Board. It is not yet clear when the results of these investigations will be available.

"It's terrible what happened, primarily for the victim, the relatives, but also the soldiers involved. It is crucial that we find out what went wrong", a Defense spokesperson said. The Ministry can't comment substantively until the results of the other to investigations are in.

The soldiers' lawyers are pleased with the Prosecutor's announcement.