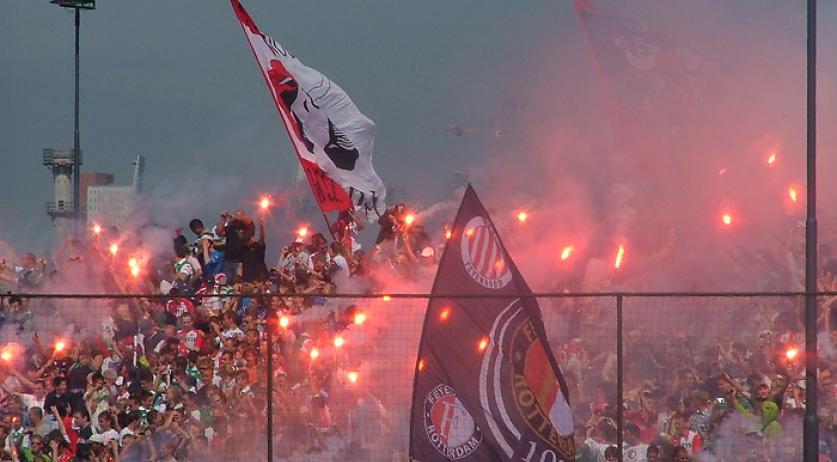 Three 21-year-old Feyenoord fans were arrested in Naples during the early hours of Tuesday morning. The Dutch men are accused of throwing stones at police officers, among other things. They are in custody, NU.nl reports.

Feyenoord is playing against Napoli in a Champions League match in Naples on Tuesday night. No Feyenoord fans are welcome at the match. The Naples provincial government forbade the Italian club from selling tickets to Dutch fans. The Italian authorities conducted a risk analysis and concluded that Feyenoord fans combined with Napoli fans pose a major threat to public order and security. Napoli will have access control at the match, and all attendees will have to show their ID. Dutch who managed to get hold of a ticket, will not be allowed to enter the stadium.

According to the newspaper, an unknown number of Feyenoord supporters still traveled to Naples. Many supporters booked the trip before they knew that they were not welcome at the match.

The Rotterdam football team announced its dissatisfaction with the state of affairs in talks with Napoli, the police and UEFA on Monday.

In 2015 Feyenoord supporters caused a large amount of damage in Rome during riots after a match against AS Roma. One fan was sentenced to 18 months in prison, six of which conditionally suspended. And 43 others were given community services.

There were also incidents during and after a match between Feyenoord and AS Roma in Rotterdam. In response, UEFA fined Feyenoord 50 thousand euros and put the team on probation for three years. If any incidents occur in that probation period, Feyenoord will play one match without an audience.

The match between Feyenoord and Napoli kicks off at 8:45 p.m. on Tuesday.