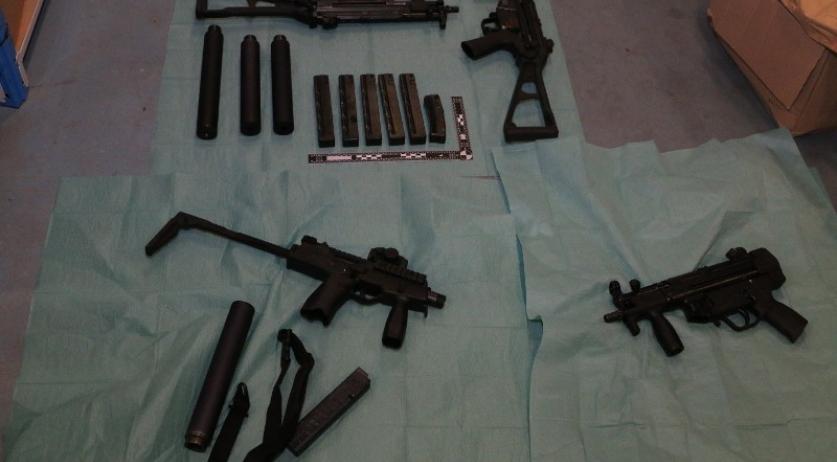 Two men were arrested on the A1 in Apeldoorn on Tuesday night after the police found four automatic firearms, about 110 kilos of amphetamine and about 160 kilos of hash and hemp hidden among a shipment of flowers in their truck, the police announced.

The truck of flowers, on its way to Germany, was searched around 10:00 p.m. on Tuesday. When checking the cargo area, the police noticed a large box containing what looked like a firearm among the flowers. Closer inspection showed that it was an automatic firearm.

Both men in the truck, a 51 year old from IJsselstein and a 50 year old from Utrecht, were arrested. The truck was seized and towed away.

Upon further investigation the police found more firearms and the drugs. In total investigators found four automatic firearms with silencers, 110 kilos of amphetamine and about 160 kilos of hash and hemp hidden among the flowers.

Both suspects are in custody for further investigation.