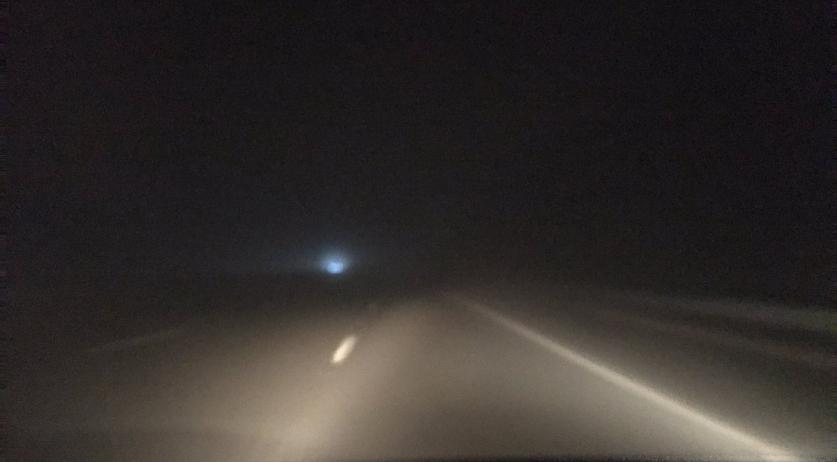 Thick fog in the coastal provinces and icy roads in the entire Netherlands triggered meteorological institute KNMI to issue a code yellow weather warning on Monday morning. The weather conditions can hinder all forms of traffic, the KNMI warns.

Visibility may be reduced to less than 200 meters in some places. And slickness may particularly a problem on bridges and viaducts, the institute warns. Motorists are advised to adjust their driving behavior - slow down and keep a safe following distance. Also keep an eye on traffic and weater reports.

There's already been various accidents on Dutch roads this morning, according to traffic information service VID on Twitter. An accident on the A10 West towards the Coentunnel, near Slotervaat caused traffic from the A10 South and from the A4. According to VID, the extra traffic can also be noticed on the A4 at Amsterdam. Two lanes are closed. Only one lane is open on the A20 to Heok van Holland at Maassluis after an accident involving multiple cars. And an accident east of Alkmaar is causing problems on the N234 from Stompetoren.

Schiphol warns that the thick fog may cause delays and cancelations of flights this morning. "Please check your airline for flight information", the airport advises on Twitter.

There are also several delays in train traffic this morning, though whether this is a direct cause of the winter weather is unclear. Fewer trains are traveling between Rotterdam Centraal and Breda and Between Dordrecht and Breda/Roosendaal due to "deployment of the fire department", NS writes on its websites. In both cases passengers should take extra travel time of over an hour into account. NS expects the problem to be resolved around 9:15 a.m.

No trains are traveling between Venlo and Blerick due to a signal disruption. Extra travel time of over an hour can be expected. NS hopes to resolve this by 9:30 a.m.

There is also a delay of 15 minutes between Rotterdam Centraal and Gouda due to a defective switch and between Amersfoort and Barneveld Zuid due to "limited material deployment".