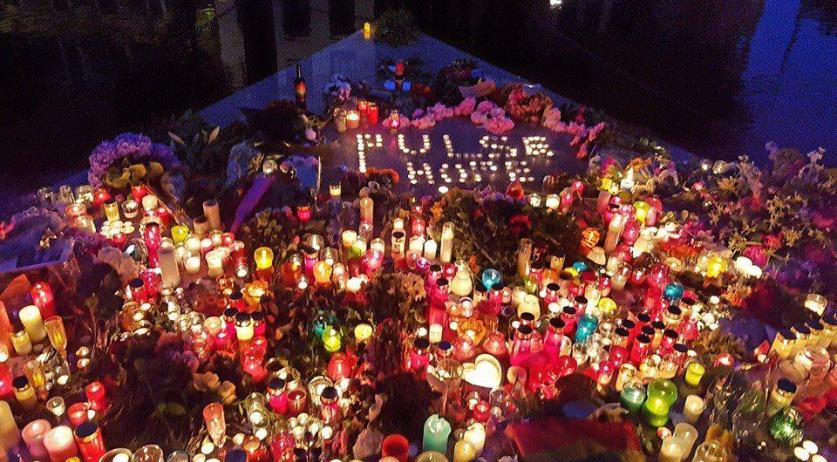 Hundreds of people gathered at the Homo-monument in Amsterdam on Monday night to honor the victims and show solidarity and support for the people of Orlando following a mass shooting at a gay club in the American city over the weekend. At least 50 people were killed and 53 others injured. The Amsterdam LGBT community gathered to light candles, lay down flowers and support each other through news of this tragedy. "I am angry and defeated, it is incomprehensible", one participant said to local broadcaster AT5. Among the crowd were also people with friends in Orlando. "They were not all there, but my ex and his husband lost a good friend. In this way it suddenly hits very close to home, it can happen here too." Tanja Ineke, president of LGBT association COC, also attended the vigil. "Right now I am shocked and actually angry too." she said. "This can happen and did happen. It hits close to home. It is just a madman who shot 50 lesbians and gay men, just for who they are."