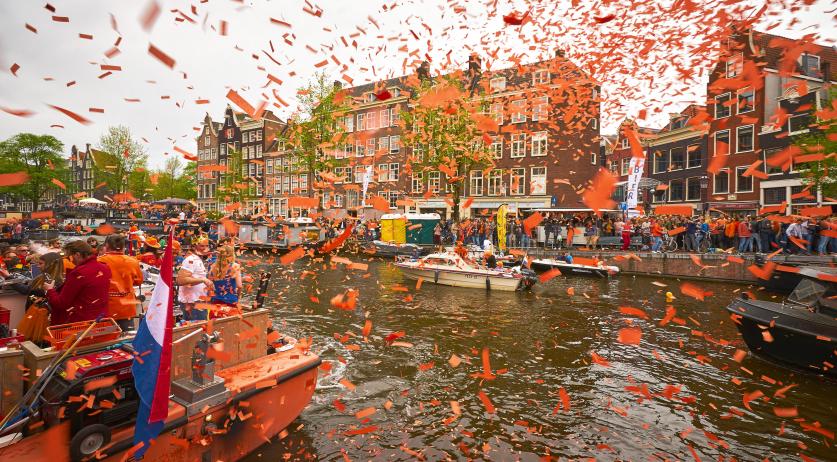 With reporting by Zack Newmark. It seems many guidebooks written about the Netherlands either haven't been updated in several years, or some travellers simply refuse to buy new editions, as online travel agency Expedia is seeing a sharp increase in hotel bookings to the Netherlands for April 30, a representative told the NL Times. The date has not been celebrated in the Netherlands as Queen's Day, since Beatrix abdicated the throne for her son, Willem-Alexander on April 30, 2013. The tourists arriving for, what they think is the country's biggest annual event, will actually miss the big party by several days. The Netherlands has celebrated Willem-Alexander's birthday, April 27, as King's Day ever since he ascended to the throne. This doesn't mean that King's Day on April 27th will be devoid of foreign tourists. Most foreign visitors traveling to the Netherlands for King's Day come from the United States, the United Kingdom and Germany. The number of international bookings in Dutch hotels on April 29 and April 30 is a massive 44 percent higher than on the same day last year. A portion of this could be because the dates fall on a weekend, the travel company concedes. The old travel guides seem to be most prevalent in the United Kingdom, where bookings to the Netherlands on former Queen's Day increased by 120 percent. Japan is in second place with a 49 percent increase, followed by the United States up 32 percent compared to last year, Expedia acknowledges. "People can still party in Amsterdam and the Netherlands!" the company says, noting there extensive online travel guide to the country. Perhaps more subdued than King's Day, Amsterdam's Tulp Festival honours the tulip at locations around the city, and the nationwide Tulip Festival is also underway. Some may also want to take in the biblical dreamscapes of artist Jheronimus Bosch, if they can get a ticket to the extensive exhibit on his work, or view Andy Warhol and Banksy pieces at the new Moco Museum in the capital. Visitors in Rotterdam can also take a boat tour from the Erasmus Bridge to the port, and check out the massive construction projects going on there.