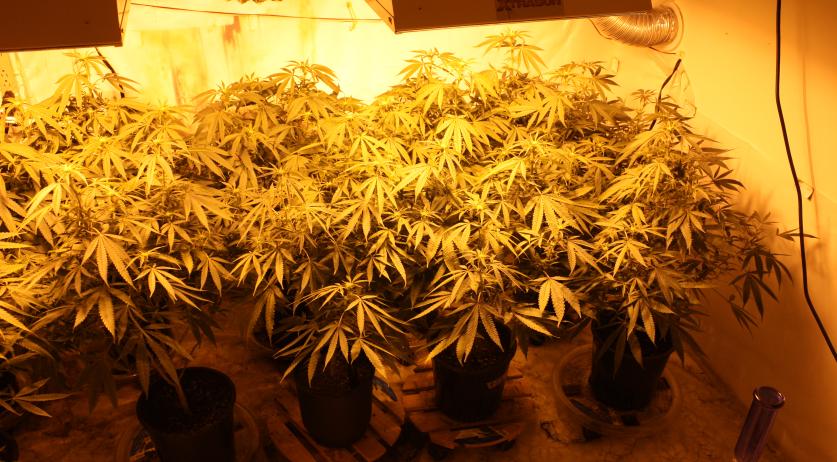 Two Belgian police officers are accusing a suspect of attempted manslaughter after he repeatedly tried to force the officers off the road with his small truck during a chase. The suspect was eventually arrested in the Netherlands. A total of five people, excluding the driver, and all the equipment necessary for a cannabis plantation was found in the truck. It all started with a routine traffic check in Belgium around 3:15 p.m. on Friday. The Belgian officers pulled a small truck over because it looked to be overloaded. The driver pulled over and the officers found three people in the back of the truck, sitting behind boxes. The officers told the truck driver to follow them, so that the situation can be investigated more fully. The driver did so initially, but once the officers tried to leave the highway, the driver hit the gas and sped off. The Belgian officers gave chase. Several times the driver tried to force the officers off the road, creating dangerous situations due to the high speeds they were driving. Dutch police responded to assist in the chase once it crossed the Hazeldonk border with the Netherlands. The truck ended up in a traffic jam in the direction of the A27, but this did not stop him driving at 140 km/h on the emergency lane, past the slow moving traffic. A dozen police vehicles surrounded the truck and forced it to stop. The driver, a 30 year old Arnhem resident, was arrested immediately. Five other people were found in the truck, two in the front and three in the cargo area. They are four men and a woman, all of Asian descent, between the ages of 35 and 57 years old. They were arrested as well. The suspects and the truck were taken to a police station in Breda. The truck was fully examined there and was found to be filled with everything needed to set up a cannabis plantation. All six suspects are now suspected of violating the cannabis act. The driver is also suspected of attempted manslaughter and committing various traffic offenses. All suspects are still in custody.