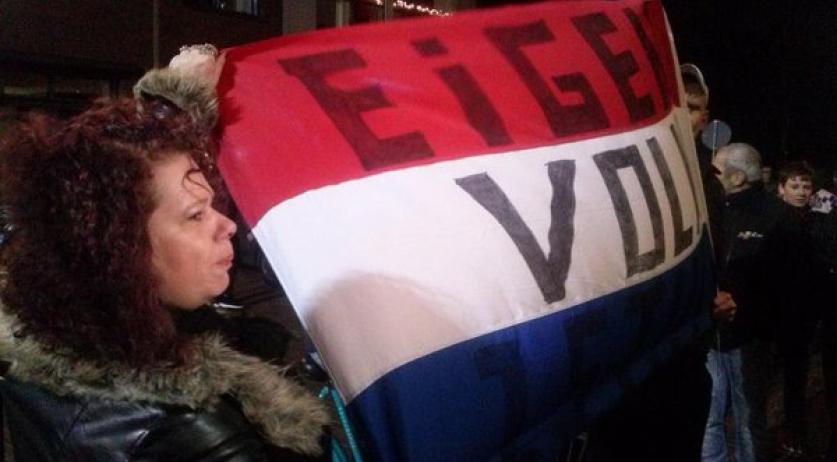 An information evening held Monday night in Kaatsheuvel about the emergency refugee shelter in holiday resort Droomgaard was relatively calm even as protesters made their voices heard. Residents are upset about the uncertainty and lack of clarity surrounding when the asylum seekers will arrive and how long they will stay. They are also concerned that the refugees will bring disturbances and problems with them, NRC reports. After the riots in Geldermalsen last week, the municipality of Loon op Zand, which Kaatsheuvel falls under, decided on a different tactic. Instead of having one person give a speech to a room full of residents, representatives of the COA, the police, the municipality and Vluchtelingenwerk spoke to residents in small groups. Small groups of young people gathered outside. There was one banner reading "own people first". According to the municipality, the 1,200 asylum seekers are set to arrive in Droomgaard "in the week before Christmas", and stay until April. "But it is the week before Christmas. Are they there already?" one woman asked a police officer, who could not answer her for sure. According to Loon op Zand Mayor Wim Luijendijk, the refugees will "probably" arrive on Christmas Eve. The Kaatsheuvel residents are also concerned about problems they believe the refugees will caused. The Mayor and police respond to their concerns by stating that any incidents will be handled. There are already about 800 Polish migrant workers living in Droomgaard, they've been there for about 10 years, according to one resident. "You say you can handle it, but we suffer from the Poles. There you also don't succeed", one resident said.  "If something happens in Kaatsheuvel, it's your fault. Only your's", another man said to the Mayor.