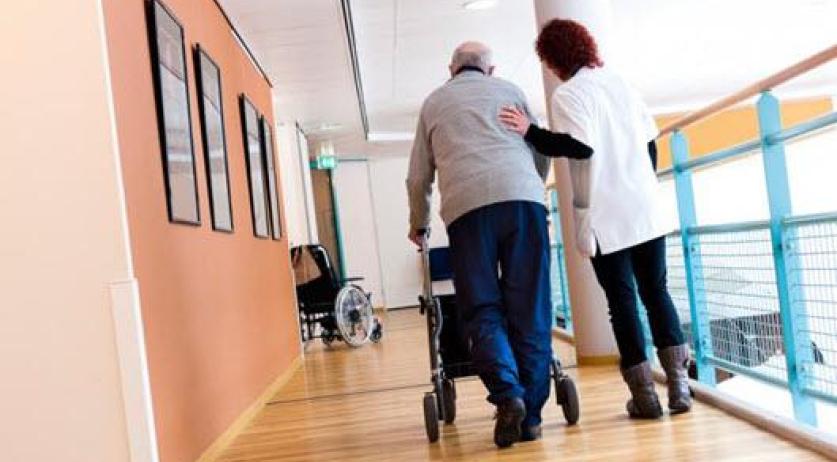 TSN Thuiszorg, the largest home care organization in the Netherlands has announced its 5th reorganization, which will involve 436 permanent employees working as home care assistants being laid off and 218 employees on fixed-term contracts not having their contracts extended. A poll commissioned by union FNV has shown that 85 percent of the Dutch population is against the cutbacks in healthcare. The poll also showed that 83 percent of the Dutch population is concerned about care for the elderly, psychiatric patients and disabled patients. And 85 percent think that there should be a standard for staffing at care institutions. The survey was performed by Maurice de Hond among 2251 Dutch citizens. This uneasiness about the healthcare cuts is also prominent among supporters of the coalition parties. A massive 92 percent of PvdA voters are against the cuts, and 74 percent of VVD supporters. "This is a clear signal to the government. A very large majority of the Dutch population rejects the cuts in care. 736 thousand people have already signed the People's Petition Save the Care." said Gijs van Dijk, managing director of FNV. "It would be good if the cabinet will listen to its own supporters and meet our requirements. There is no support for these drastic cuts." In the past two years cutbacks in healthcare has resulted in 65 thousand people losing their jobs. At TSN Thuiszorg, about 4 thousand people have lost their jobs or not had their contracts renewed over the past year, the Telegraaf reports According to the organization, these lost jobs are a direct result of "the extreme cuts in home care". "The current situation is not in the interest of clients, the quality of care and the position of the home assistants. We are therefore sounding the alarm bell again", Zion Jongstra, director of TSN said to the Telegraaf. "The way in which the cuts are made is extremely harmful and does not result in effective improvements, with the result that the home care sector is now in critical condition." FNV is organizing a "Save the Care" demonstration in Amsterdam on September 12th. The protest is set to start at noon, those who wish to participate should gather on the Damrak from 11:00 a.m.