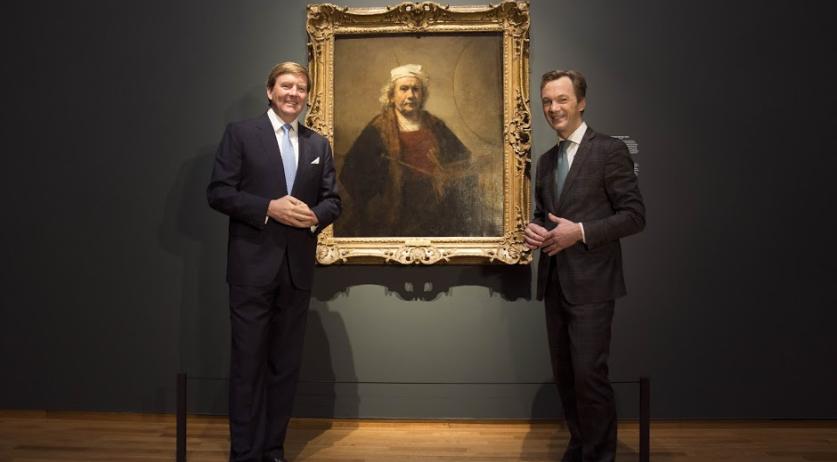 Rijksmuseum: Late Rembrandt may be too crowded

The Late Rembrandt exhibition is possibly too crowded, Rijksmuseum director Wim Pijbes admitted to NRC Handelsblad on Thursday. In an earlier response to the criticism the exhibit received Pijbes said it's not as bad as in the Sistine Chapel or in front of Mona Lisa, but in his latest statement he says the display is "arguably approaching the boundaries of an enjoyable visit." The museum plans to limit the number inside the exhibit at any given time, by decreasing the number of tickets sold for each time period. "The buzz is still great," he admitted, after other measures, like increasing opening hours, did not work in reducing the crowds. NRC Handelsblad columnist Frits Abrahams criticized the overcrowded exhibition strongly in his writing, saying that even as a tall person, he could not see anything more than the tops and the sides of the paintings. Pijbes replied the museum is for everyone, and isn't necessarily a place for silent contemplation, adding that one complainant should buy his own Rembrandt if he had such a problem with the situation. "I would say, buy your own museum," Abrahams responded to Pijbes' argument. The museum director was also criticized when complaining of Amsterdam's city-wide crowd issues, due to its popularity as a tourist destination. “Amsterdam is getting dirty, foul and overcrowded,” he told NRC.next. Late Rembrandt attracted 392,000 visitors so far and Pijbes believes the number will go up to 450,000 before the end of the exhibit on May 17th.