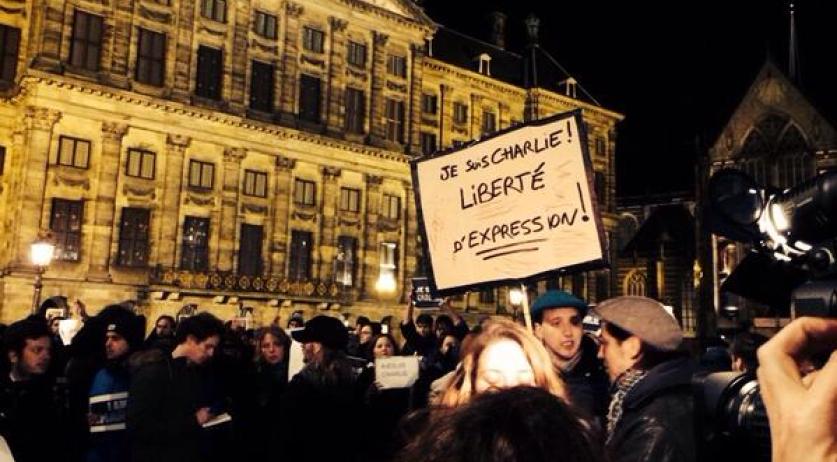 Demonstrations are being organized in several Dutch cities on Thursday from 6:00 p.m. in support of the victims and survivors of the attack on in Paris on Wednesday. Twelve people were killed in a raid at the office of Charlie Hebdo, a French satirical weekly newspaper, and many others were injured. The demonstrations will be held at the same time a moment of silence for the victims of the attack begins in Paris. Amongst those gathered will be the Dutch Ambassador to France, Ed Kronenburg. Amsterdam, Rotterdam, Haarlem, Utrecht, Leeuwarden, Leiden, Hilversum and Zoetermeer are taking part in the rallies. Organizers have said anyone interested is welcome to join. The Mayor of Amsterdam, Erberhard van der Laan and the Mayor of Rotterdam, Ahmed Aboutaleb, are also inviting colleagues and residents of other municipalities to demonstrate. Maastricht will organize a debate in which freedom and democracy are in the focus. Member of Parliament Ahmed Marcouch (PvdA) called for a demonstration in Amsterdam on Facebook earlier on Wednesday. "If Paris is marching at 18:00 p.m. tomorrow, let us in the Netherlands join each other on our image of freedom on the Dam Square." The MP also resides in the capital city. The demonstration in Rotterdam will take place at Plein 1940, while the Amsterdam demonstration is likely to start in front of the French consulate on Vijzelgracht with a walk that leads to Dam Square. Utrechters will assemble at 6 p.m. on the Domplein. Additionally, the public broadcasters in the Netherlands scheduled a one minute moment of silence for 11 a.m. Thursday.