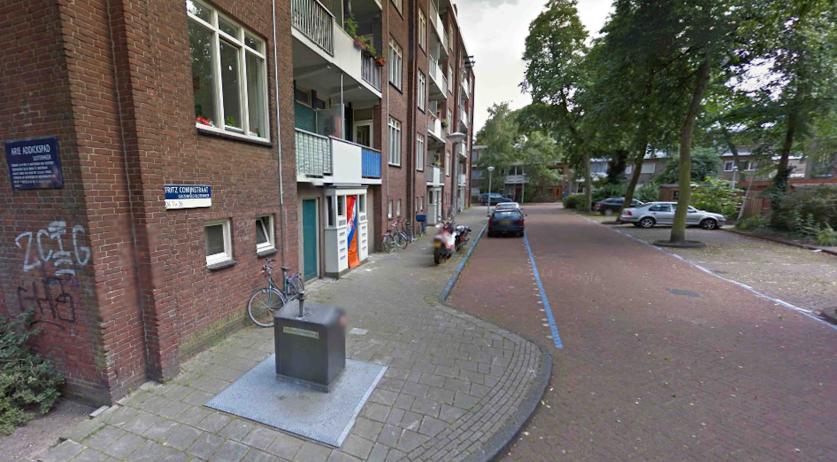 Neighbour in disbelief after finding baby in dumpster

The Amsterdam police are searching for the parents of a newborn baby who was found in an underground garbage container on Saturday night. The woman who found the baby still can't believe it.  A resident of the flat in Amsterdam Nieuw-West was putting her bike away around 04:00 a.m. on Saturday night/Sunday morning when she heard cries from the garbage container. "I could hardly believe it," says the woman the next day, barely recovered from the shock. She pulled up the lid of the container to listen. They crying stopped, but she could still hear soft panting coming from below. The woman called emergency line 112 and waited at the container for the police to arrive. The crying started again when the police arrived 10 minutes later. "We were hoping that it was an abandoned baby monitor." But when the fire brigade looked into the container with a heat camera, they found a living baby. "They opened the container through the side. I took a few steps back when they took her out." The baby girl was taken to the hospital. According to a police spokesperson, her condition is stable. Today there will be a consultation with the Council for Child Protection to find a family where she can stay. A group of several dozen investigators went door to door in the Firtz Conijnstraat are, hoping to discover the identity of a parent or other perpetrator who left the girl for dead. "We want to know who did this," says a police spokesperson, "In this case the child was not left as a foundling; the idea was that we would not find her. This is very serious." The container was taken for a trace evidence investigation. The opening has been covered with a concrete slab. Nearly 12 hours after the discovery, the woman who found the baby is still in shock. "It was such a coincidence that she started crying when I walked by - she actually saved herself." As the mother of a 1.5 year old toddler, she can not understand how something like this could happen.