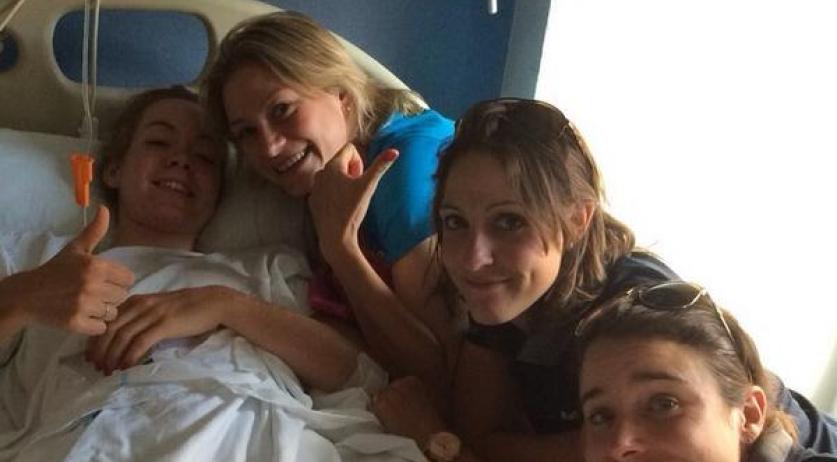 Dutch cyclists in hospital after crash

Dutch cyclists Annemiek van Vleuten and Anna van der Breggen of the Dutch Rabo Liv team have been brought to hospital Monday morning after crashing their bicycles during the team time trial at the World Cup, the Algemeen Dagblad reports. On Twitter, Van der Breggen has announced that she is unable to take part in the race, and Van Vleuten may only be able to revisit the race at a later date.  During the race, Annemiek van Vleuten was at the head of the team when she missed a turn and crashed into the barrier. Closely following her, the other Rabo team members couldn't escape and also crashed. Anna van der Breggen was the only team member to remain lying on the ground, however, and had to be taken off the track in the Spanish Ponferrada on a stretcher. On Twitter, the cyclist has announced that she will be unable to compete in the World Cup, as she is still in hospital. "Not the desired day @RaboLiv and sadly no WC road race for me. But thanks for all the visits and messages."

Had a visit of the doc. Timetrial is not possible. :-( Roadrace saturday maybe. Leg is swollen. Meantime: leg high! pic.twitter.com/QMs9NhkzBX