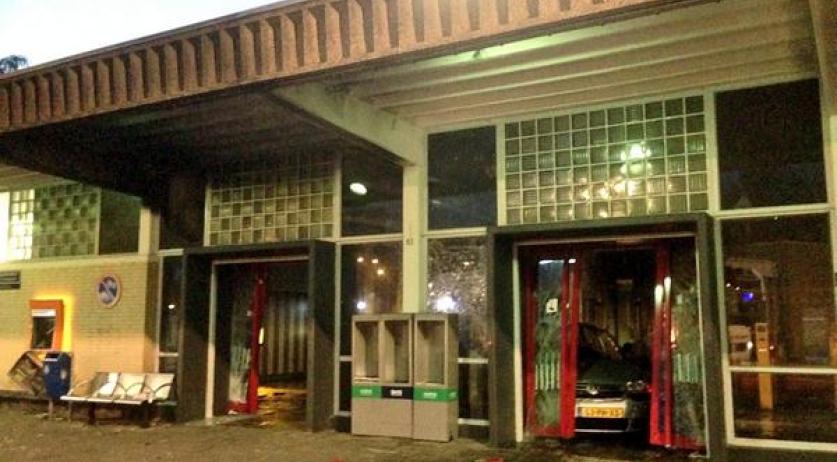 The Vlaardingen-Oost train station has been closed after a car drove into the station and then burst into flame. Nobody was injured, and the fire has been brought under control, the NOS reports.  Train traffic between Schiedam and Vlaardingen is frozen due to the incident. Police believe that it may have been an attempted robbery. According to RTV Oost, the vehicle drove into the station at 4.30 a.m. this morning and then burst into flame. The grey Volkswagen Golf was registered as stolen, the police say. There is evidence that an ATM machine inside the building was blown up. It is unclear whether the robbers made away with anything. The police are currently executing an investigation, for which they have temporarily closed the station.