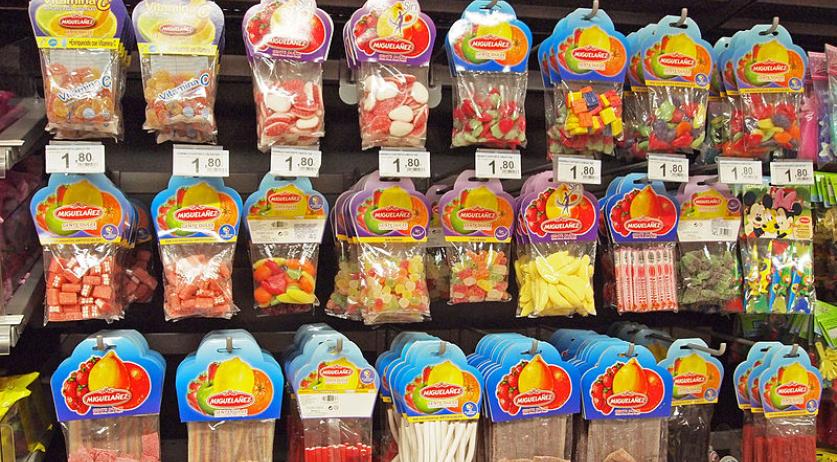 In Sweden and Denmark, selling sweets and chocolates at the checkout counter is illegal. Now, some stores in The Netherlands are also going to relieve shoppers of that last moment of temptation by replacing fatty and sweet snacks with healthier options such as snack vegetables, nuts and rice cakes, the Algemeen Dagblad reports. Lidl is planning to do do this at 'checkout 1', the counter that's always open. Jumbo is looking at the possibility of removing unhealthy snacks in its 440 shops as well. The same counts for supermarkets of Plus. Albert Heijn, however, has no plans to replace chocolates with rice cakes. Shop chain Lidl has already introduced this measure in England, where obesity is a big problem. English chain Tesco has done the same. Yesterday, Lidl announced that it may even remove all candy from shelves in Belgium. "Dutch supermarkets are receiving more complaints from parents saying that they cannot go shopping with their children anymore because of the tantrums", says Jaap Seidell, professor dietetics at the Vrije Universiteit Amsterdam and expert in obesity among children. According to the Algemeen Dagblad, the call to end the reign of candy in The Netherlands is a struggle parents have been fighting for years, and their calls have become louder recently.