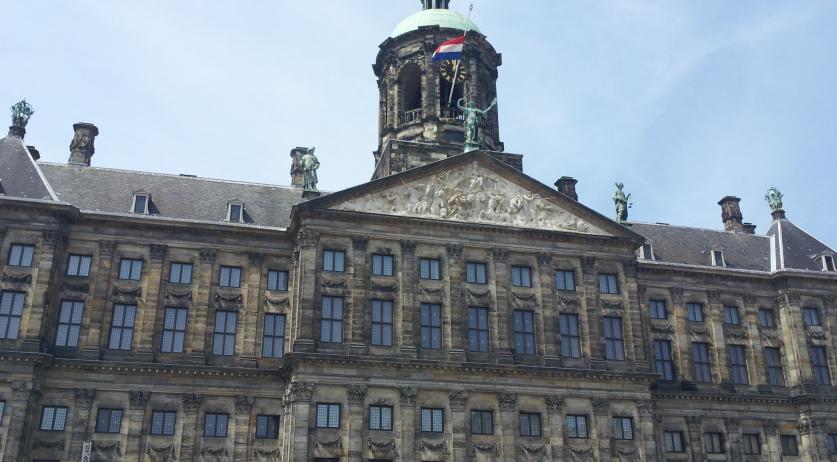 Number of Dutch on MH17 rises to 189; four unidentified

With reporting by Emma Rapaport At least 189 Dutch nationals including a Senator were amongst the 298 people onboard Malaysia Airlines flight 17 when it was apparently shot down over Ukrainian airspace near the Russian border. The airline says that four of the passengers' nationalities have not yet been determined. Dutch flags across the nation were flown at half-staff because of the tragedy. The flight bound for Kuala Lumpur departed Thursday at 12:15 p.m. from Schiphol Airport in Amsterdam. Of the 298 people on the Boeing 777, 15 were Malaysian crew members, according to the airline. Reports say that about 100 passengers were researchers and associates headed to an AIDS research symposium in Australia. Dutch Senator Prof. dr. W.J. Witteveen was on the flight. Witteveen had been part of the PvdA faction of the Eerste Kamer, the Dutch senate, since January 2013. He had also served in the senate from 1999 to 2007. Another three passengers were infant children, two of whom were Malaysian and one was Indonesian. Authorities have so far said that 44 people on the flight were Malaysian nationals. Another 27 were Australian, and 12 were Indonesian.

Nine people onboard were British, four each were from Belgium and Germany, while three were Filipino people. At least one Canadian and one New Zealander were on the flight.

Malaysia Airlines is still in the process of notifying the next-of-kin of the passengers and crew, they said. World leaders have been quick to respond to the tragedy, expressing anger and heartfelt wishes for families who lost loved ones in the tragedy. Ukraine’s president, Petro Poroshenko, called Prime Minister Mark Rutte, to express his condolences and to invite Dutch experts to assist in the investigation. The Malaysian PM, Najib Razak, said the government of Ukraine had pledged to him a full and independent investigation. He called it “a tragic day in what has already been a tragic year for Malaysia”, referring to the earlier disappearance of Malaysia Airlines flight MH370. The UN secretary general, Ban Ki-moon, earlier expressed his condolences and said there was “clearly a need for a full and transparent international investigation”. The United Nations security council is to hold an emergency meeting on the Ukraine crisis. The United States issued a statement which did not directly blame Russia for the plane’s destruction, but criticized Russian arming of separatists in Ukraine. The country called for an immediate ceasefire between the warring sides. U.S. President Barack Obama discussed the situation in a phone call with Dutch Prime Minister Mark Rutte as well as Russian President Vladimir Putin. Australian prime minister, Tony Abbott, said it appeared the plane was shot down by Russian-backed rebels. Mr Abbott stated that Russia must not be allowed to stand in the way of an “absolutely comprehensive” investigation. “No provocation, no excuses, no blame-shifting, no protecting of people who may be backed by Russia but who may have been involved in this terrible event,” he said. “It was not an accident, it was a crime, and criminals should not be allowed to get away with what they have done,” Mr Abbott said.