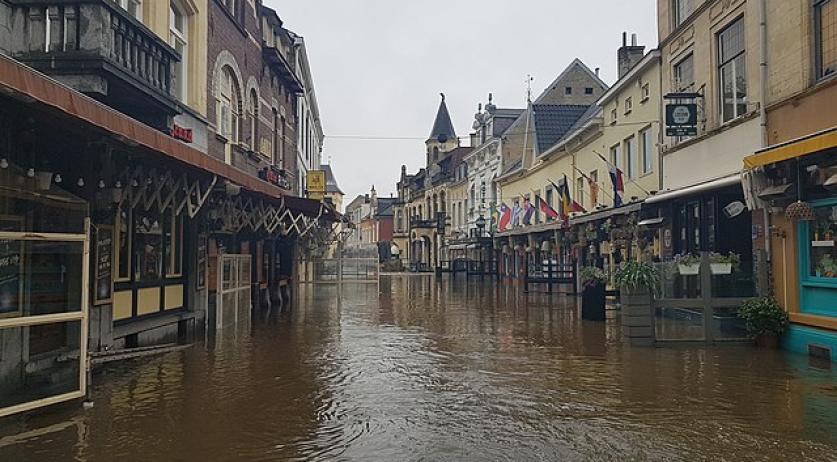 Flooding in Limburg caused "several hundreds of millions" of euros in damages in Valkenburg alone, mayor Daan Prevoo estimated. The heavy rainfall also caused a dike to break in Hattem, Gelderland, though no homes or businesses are in danger there, the security region said.

The Valkenburg mayor told radio program Nieuws en Co. that the Dutch Association of Insurers will send experts to assess the damages more precisely on Tuesday. But he expects damages to amount to "several hundreds of millions". Prevoo said that he had many emotional conversations with affected residents and entrepreneurs. "Today I also saw: now it is hitting very hard."

According to the mayor, the cleanup of Valkenburg is going well. About 900 tons of waste have already been collected in containers placed by the municipality. "That is actually furnishings, businesses were completely emptied, catering kitchens, hotel furnishings, everything in a heap."

FLASH FLOODS: Drone footage shows flooding in the Netherlands on Thursday, where the waters have damaged many homes in the southern province of Valkenburg. At least 42 people have died in Germany and dozens missing as swollen rivers caused by rainfall across western Europe. pic.twitter.com/4QFP8HUhMC

A dike broke in the Gelderland town of Hattem overnight, but no homes or businesses are in danger there, the local security region said. "This is a normal situation," a spokesperson said to RTL Nieuws. "The overflow area is there to absorb this, everything is fine."

The dike along the Apeldoorns Canal breached over a length of 15 meters, and water is flowing into the floodplains of the IJssel. The area around the dike was cordoned off as a precaution.